‘Boozing’ Gabola Church bishop to be ordained as ‘Pope of Africa’

The apparently 15 000 members of the church often refuse to leave when the service ends at midday, and often only disperse at about 8pm after a long day of spirited praying. 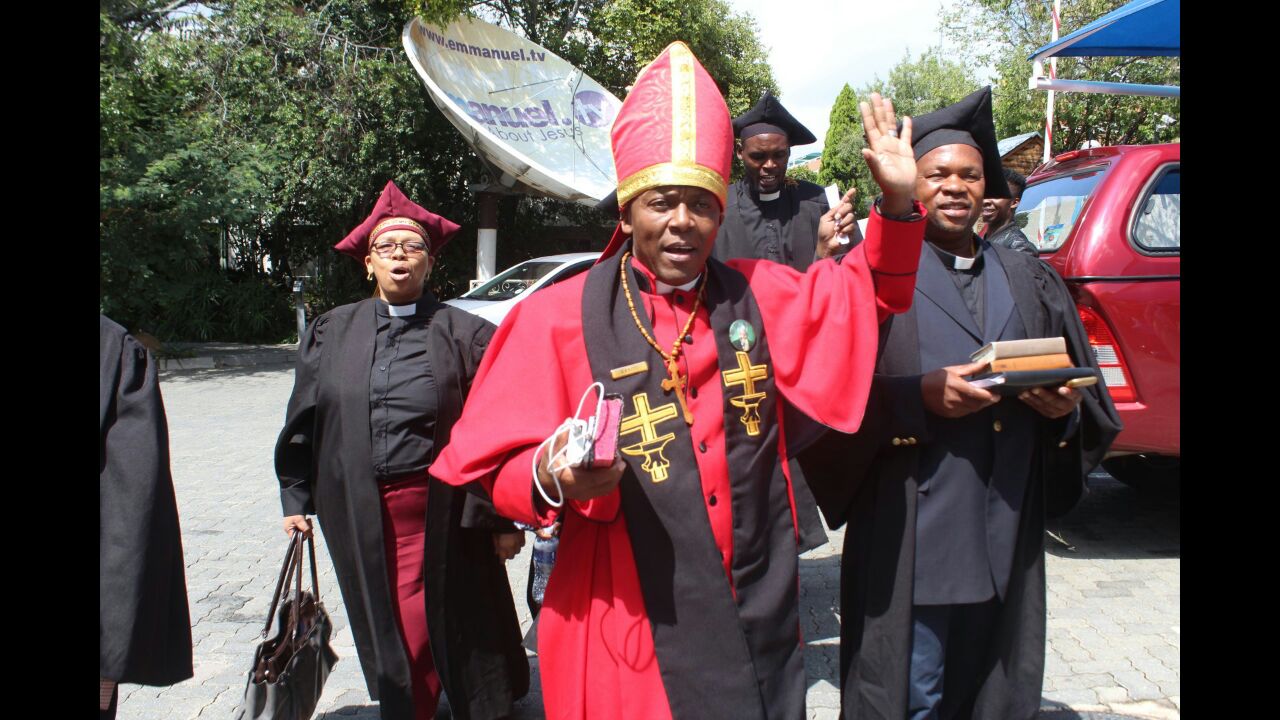 Bishop Tsietsi Makiti of the Gabula Church will this weekend be ordained as ‘Pope of Africa’ in Evaton North, just outside Sebokeng, in the Vaal area.

Gabola Church’s form of Christian religious expression is probably the first of its kind in the world. This is because Makiti delivers his sermons in taverns and shebeens.

When the news of this new church hit the headlines, opinion was divided. Makiti’s fellowship was met with disdain from organisations such as the SA Council of Churches (Sacc), which called Makiti’s religious outfit a “cult and disgrace to Christianity” and representation of “the end of times” in an interview with The Sowetan. 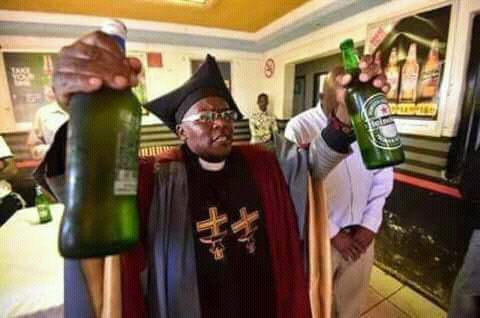 A photo of Makiti carrying a half-full 4.5-litre bottle of Johnnie Walker Red Label and three 5-litre Castle Lager containers has been circulated and shared on social media.

Makiti, however, remains steadfast in his belief that he is ministering to the ‘missing middle’ of people who prefer to listen to the gospel of the Lord while busy with libation of their favorite tipple. This morning he took to Facebook to defend his religious disco platform and announced his “ordination”.

Bishop Makiti wrote in a Facebook post: “People mustn’t hate Gabola church so as if it is the one that brought liquor on the world hence alcohol was there ever since. l just want to repeat again that there is nothing wrong with alcohol or drinking , if a person got a problem when drunk is the person who got a problem not alcohol, don’t blame alcohol.

“That’s not true if one say alcohol causes fight, accidents, domestic violence and adultery, that’s not true, all this (sic) things they are there even to the ppl who don’t drink alcohol, accidents happen always on the roads, minibuses with school kids, those ppl are not drunk, pedesrials (sic) got hit by cars, some are not drunk, fighting and conflicts are there even in the churches that doesn’t use alcohol like Gabola church.”

Co-founder and Bishop Makiti’s executive personal assistant, Nigel Lehapa, not only invited the writer to this weekend’s much-punted service, but said the church services were so spirited that though officially the service is scheduled between 11am and 12pm every sunday, they often only conclude at 8pom “because people refuse to leave as they are having fun”.

“Our main branch is in Evaton North, and we drink hard liquor during the service. The service is held in the tavern owned by Pastor Freddie Mathebula, who takes over from the Bishop during the long services.

“Yes, we read the Bible throughout, and we pray. I am the one who reads it if the patrons and the pastor and the Bishop need assistance. It is when I have had my favourite drink that I read passionately and quote verses,” said Lehapa. 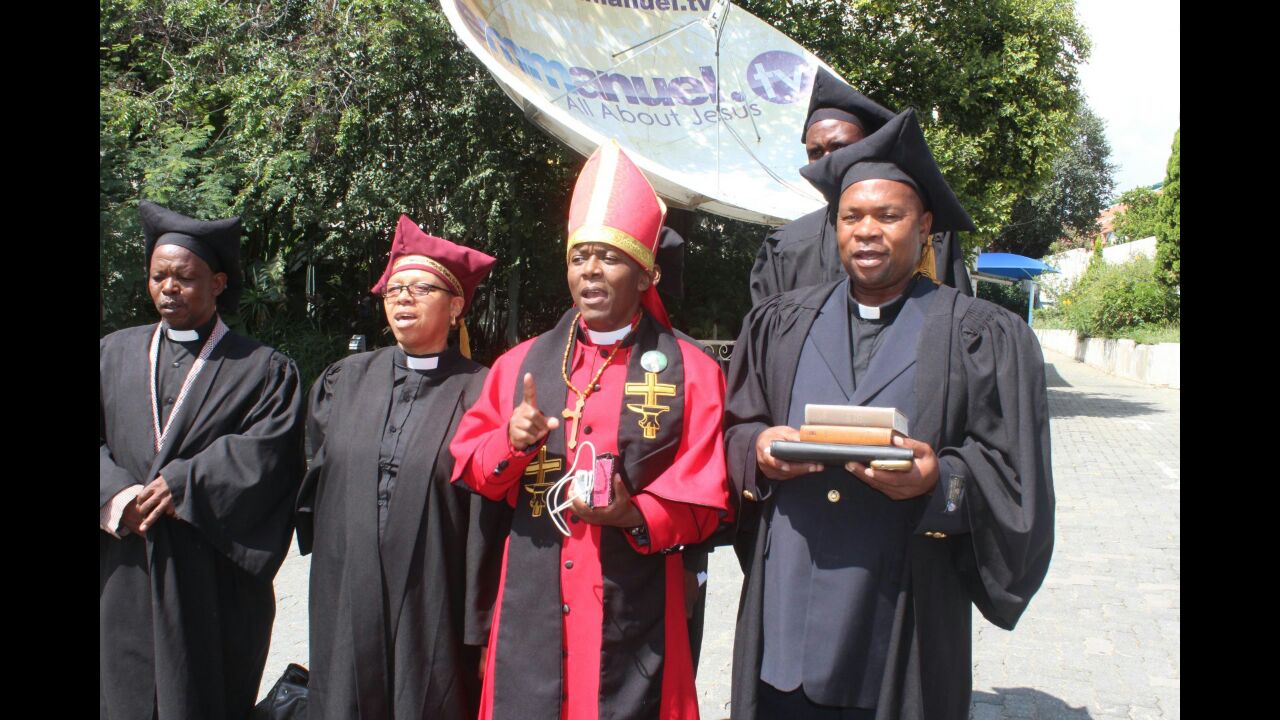 Lehapa said Bishop Makiti would be “ordained as a Pope of Africa”,  the “highest rank within religion because of his popularity throughout the world and because he is now a professional”.

He said during last week’s committee meeting in one of the taverns, their books showed that their membership now stood at 15 000.

“There is no offertory people bring to money and purchase their own liquor. We have our own songs we have composed as Gabola Church. One of them is called Gabola Mpepe [‘When I have sipped, and I am in a tipsy state, this does not mean I will not follow the right path.] Let us show them that people who drink can lead a righteous life,” Lehapa concluded.

'Mongrel' and 'clueless minister': Mbalula and Niehaus in yet another Twitter feud
4 days ago
4 days ago

'Mongrel' and 'clueless minister': Mbalula and Niehaus in yet another Twitter feud
4 days ago
4 days ago