The South African president arrived at the G7 Summit on Sunday to market the country as an investment destination. 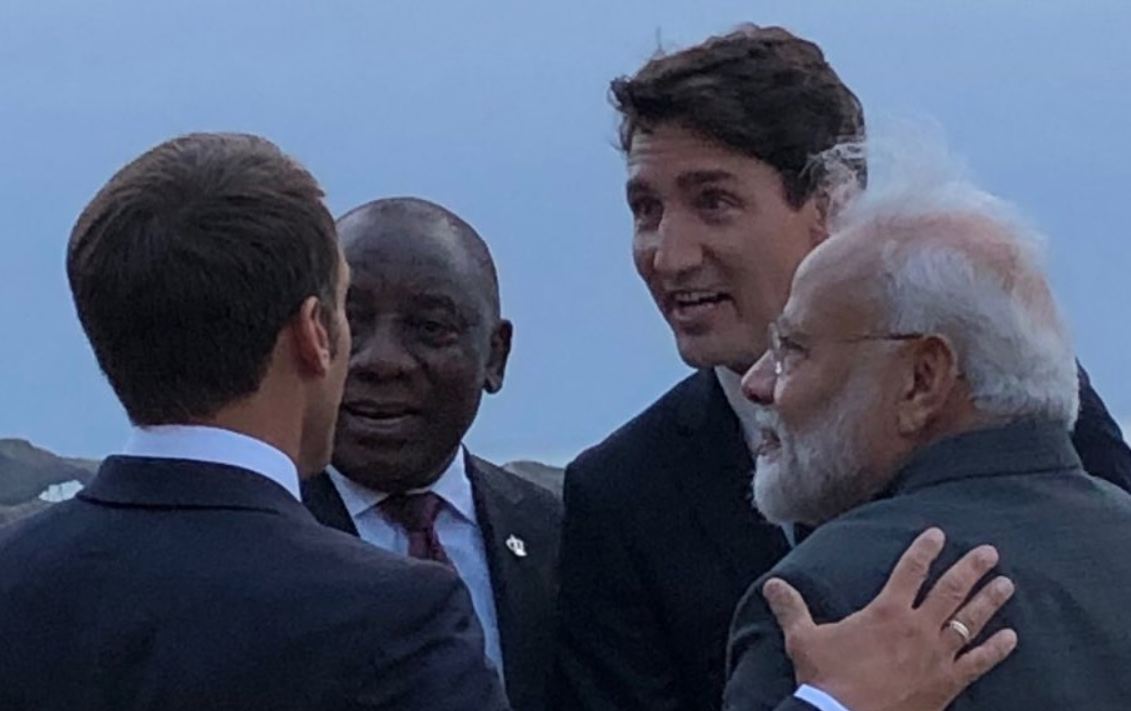 An American journalist has drawn the ire of South Africans after she tweeted a picture of world leaders at the G7 Summit in Biarritz, France, identifying three heads of state except for President Cyril Ramaphosa, whom she refers to as an “unidentified leader”.

Ramaphosa arrived at the summit on Sunday and aims to market South Africa as an investment destination and trade partner during the summit, Fin24 reported.

“The working visit will also provide a platform for President Ramaphosa and members of Cabinet to invite global partners to experience South Africa as an investment destination and trade partner, and to participate in the country’s efforts to secure faster, sustainable and inclusive economic growth and reduce unemployment,” the Presidency said in a statement.

But Ramaphosa seemingly failed to make an impression on Superville, who has since not removed or corrected her tweet, despite South African tweeps completely losing it and pointing out her ignorance.

Is Cyril Ramaphosa "unidentified leader" just because he is black? https://t.co/Ksy8EZhm8X

They wanted Cyril Ramaphosa to lead now they are calling him "unidentified leader" pic.twitter.com/go86RgfWYN

Idk why y’all dragging that journalist. “Unidentified leader” is definitely an apt euphemism for Cyril Ramaphosa

‘Unidentified leader’ seems to be the new title for President Ramaphosa of South Africa.
-Americans really do live in their own world.
-surely as a journalist it’s your job to identify him? https://t.co/MsBvlNJSzm

You are extremely uninformed for a person in your position?Perhaps you would like to retweet this image.The ‘unidentified leader’ is Cyril Ramaphosa the number one citizen of our country South Africa. By the way do you know where South Africa is?

President Cyril Ramaphosa was invited as a guest,

that's why he was deemed an "unidentified leader",

he hasn't been given a seat at the G7 Table as yet.

As we fight for more NGO's and Global Leaders to be granted opportunity to attend the event. ✊????#G7Summit #G7France

The disrespect ! Unidentified? Are u a journalist or one of these twitter reporters just google African leaders and Cyril "Buffalo give her the Cupcake" Ramaphosa current president of the Republic of South Africa will appear. Go back to doing social events or being an influencer pic.twitter.com/hw9Y4mPhZo