Crime stats: Murders increase yet again, but bank robberies down 100%

According to Cele, the crime statistics for 2019/2020 reflect the slowing down of the increase in violent crimes, despite the murder rate increasing by 1,4% and contact crimes overall increasing by 0,7%. There were 21 325 murders recorded in the previous financial year, representing an increase of 1.4% from last year’s murder rate.

But while contact crimes saw an increase of 0.7% or 4 072 cases in the year, the small silver lining in the crime statistics released on Friday is that bank robberies are down from 4 in the previous year to 0 this year.

“The significant reduction in the crimes of fear contributes positively towards police and community relations. When families feel safe in their homes, it builds and enhances confidence in the police and the justice system,” said Police Minister Bheki Cele during Friday’s briefing on the annual crime statistics for the 2019/2020 period.

“Meanwhile, under the subcategories of aggravated robbery, robbery of Cash in Transit recorded a decrease of 10,4%. However, in the same category, carjacking and truck hijacking have recorded an increase of 13, 3% and 1, 7% respectively. Operational interventions have been deployed accordingly to address the growing increase.”

According to Cele, the crime statistics for 2019/2020 reflect the slowing down of the increase in violent crimes.

“Indeed we are not where we want to be, however we are pleased with the improvements in most stubborn crime categories.”

This after the police confirmed an increase of 303 murders more than the previous year in Friday morning’s Portfolio Committee on Police meeting, This is an increase of 1.4%.

Kwaz-Zulu Natal recorded the highest number of murders out of all the 9 provinces, which increased by 10.6% as well as an increase in sexual offences and trio crimes.

Cele assured that “operational interventions” were in place to stabilize the situation in the province “including strengthening the resources under Operation Vala in KwaZulu-Natal.” 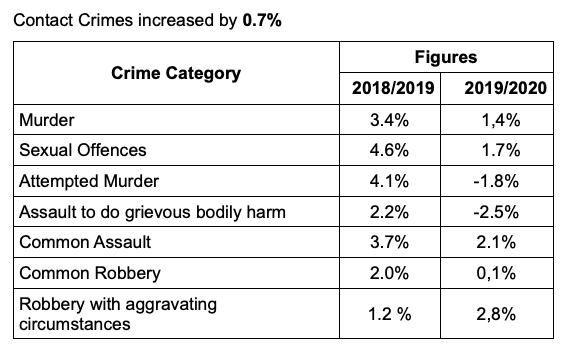 “It is of concern that Educational institutions are becoming hotbeds for sexual violence, 380 cases of rape were reported at either schools, universities, colleges or daycare facilities,” said Cele.

He then called for an intensification of awareness campaigns on gender-based violence and femicide.

“Private sector and gender activists’ organizations must work together with government to defeat the scourge and expose perpetrators in this regard.”

He added that certain categories of sexual offences have recorded a decrease whilst other categories are on an increase. 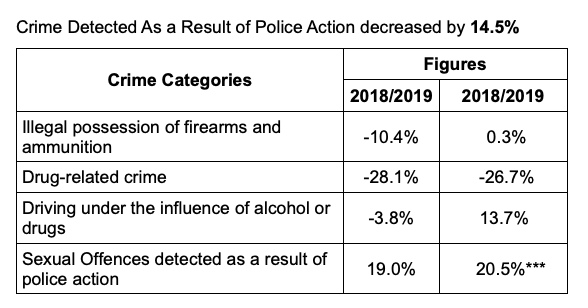 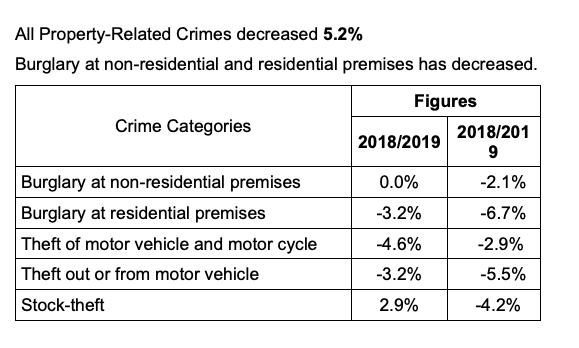