'He is going back to training on Monday, or sometime this week,' a source told the Mgosi squad. 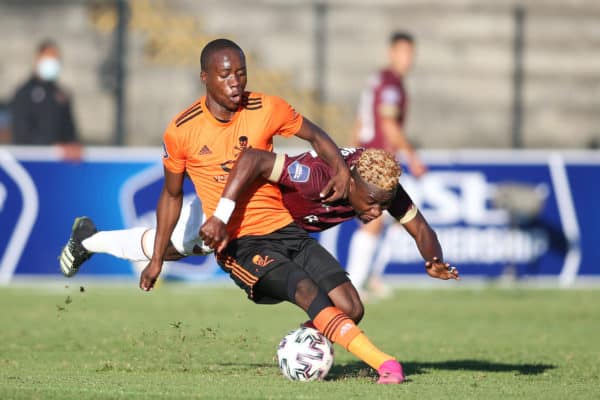 Orlando Pirates are set to welcome back midfielder Ben Motshwari following investigations that led to the players arrest – this is after the midfielder’s charges for GBV (Gender based Violence) were dropped.

According to a source, someone was trying to give Motshwari a bad public record by saying that he has a gun and he is  violent person, who doesn’t care about anyone but himself.

The source is believed to be well aware of the happenings of Motshwari’s life and of the lady, who is the mother of Motshwari’s child. Motshwari was suspended by the Buccaneers after police reportedly locked him in a van before a training session at Rand Stadium two weeks ago.

“I know a lot of people have been asking themselves when is Stiga (Motshwari) coming back. But this thing (of the player being arrested) was a publicity stunt by the lady (baby mother),” said a source close to the player.

“You saw on the papers that there were accusations of a gun, how does someone like Ben go out and pull out a gun on another person? It doesn’t really make sense, I know this because I’ve witnessed what these people (Motshwari and his baby mother) get up to when they fight.

“They fight like every normal couple. I really don’t think he has a gun. That man loves his job, he wouldn’t be doing such things (carrying a gun around people) and it’s good that he is going back to training on Monday, or sometime this week because the investigations didn’t find him guilty anywhere,” concluded the source.

Pirates announced Motshwari’s suspension on September 20, pending the outcome of the police investigation. Now, it seems, the midfielder could be available for Pirates when the season resumes after the international break.

Pirates’ next scheduled match is a Caf Confederation Cup preliminary qualifier against Diables Noirs from Congo-Brazzaville on October 15.