The numerous innovative features on the new model put it in a class of its own. SUVs are all the rage, with new models being introduced almost weekly.

However, most of these have been on the smaller side as the industry grapples to broaden its reach by playing in the more inexpensive end of the market. Often ordinary sedans emerge as “crossover” vehicles, anything to appeal to the notions of freedom conjured up by the idea that a vehicle can do so much more than the daily commute.

Perhaps we forget the mighty X5s, Q7s and of course the VW Touaregs that led this charge.

These are the real deal and there is no place for wannabees at this end of the market.

In fact, Volkswagen claim that the new Touareg is the most technologically advanced Volkswagen model of its era.

It certainly gets close to being the car that could be all things to most people. Admittedly the R1-million odd price tag means that for most people it is more concept than reality, but we can all dream. 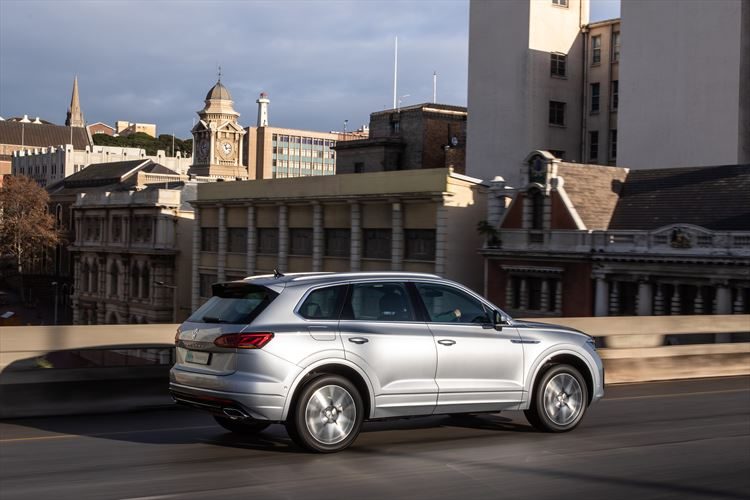 Although the Touareg has a striking exterior, it was upon clambering in behind the wheel that I was really impressed.

Volkswagen is presenting the fully digitalised Innovision Cockpit for the first time in the new Touareg. Here the digital instruments, including a 12-inch display and the top Discover Premium infotainment system (with 15-inch display), merge to form a digital operating, information, communication and entertainment unit that hardly needs any conventional buttons or switches.

I must admit that it took a while to familiarise myself with the layout, but the vital stuff is all in the normal places, so there was nothing to be intimidated by.

No doubt an adolescent would have made short work of finding their way around, but me, not so much. Drivers can use the Innovision Cockpit to adapt the assistance, handling and comfort systems specifically to their personal tastes.

Volkswagen liken it to a new smartphone, the Volkswagen being set up and tuned to personal needs by a high level of connected systems and programmes controlled via digital interfaces and the multifunction steering wheel.

I hate smartphones so I was relieved when we could slip it into gear and get on with the drive. VW had showed us a video, if that’s what they are still called, telling us about the car.

The real purpose of this was obviously to show off the extraordinarily high picture quality of their screen, as they told us all the same stuff later and in a more traditional fashion. 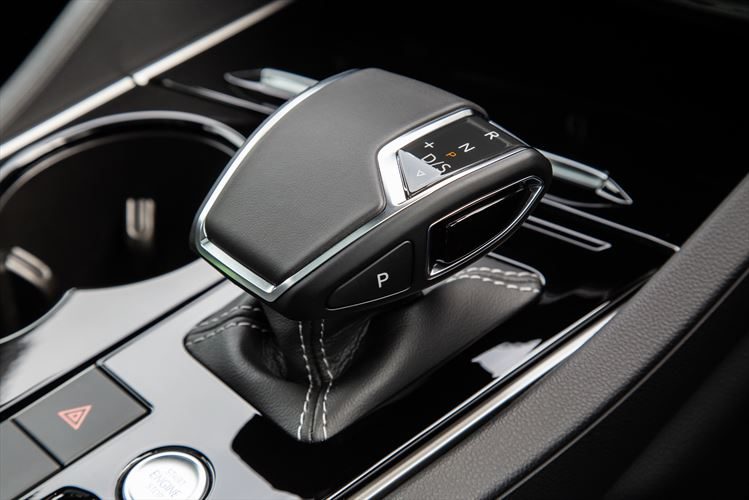 The 3.0 litre V6 TDI produces 190kW and 600Nm. This is my idea of useful technology and, combined with the excellent ride quality, had me feeling much more at home almost immediately.

The majority of all “buttons” are integrated in the 15-inch screen of the top infotainment system, “Discover Premium”, that is curved towards the driver.

Intuitive and frequently used switches such as the volume control have a deliberate analogue design, which tells me that us “oldies” were right about these things in the first place.

How many classic digital display wristwatches do you see on display these days?

Alternatively, the volume can also be changed using a touch function on the screen of the infotainment system which shows how bad things have become. The “Digital Cockpit” is a completely digitalised alternative to the standard analogue instruments of the Touareg and a central component of the “Innovision Cockpit”.

The layout of the 12-inch display can be personalised by the driver via the home screen or using the multifunction steering wheel.

The layout as well as the type and range of displays can be varied depending on your taste. If less is preferred, it can be reduced to just the navigation or the media centre (as well as the digital speed and selector lever display), for example.

Fortunately, once your child has extorted a small fortune from you to set the car up as you would like, personal settings are saved and automatically called up using the personal vehicle key.

This is particularly practical when the Touareg has been driven with another key by a friend or family member. Why anyone would let anyone else drive their Touareg I have no idea, but a total of seven profiles of different drivers can be saved in the Touareg. 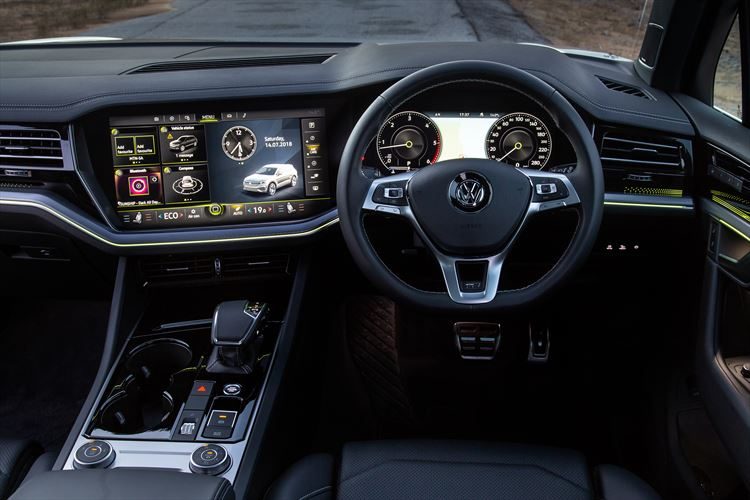 Not even Jacob Zuma has that many wives.

The new Touareg is the first Volkswagen available with a night vision system.

A thermal image camera (infrared camera) registers infrared radiation coming from a living being. Any persons
or animals detected are marked yellow or red, depending on the risk, in a black and white image.

At the same time, the brakes and the brake assist system are preconditioned to provide the highest deceleration rate if required.

Thanks to the new, interactive “IQ.Light Matrix LED headlights” (available only in the Executive model), people in a potential daner area are briefly flashed to make them more visible.

Trailer Assist allows the driver to no longer have to think about the complex task of having to turn the steering wheel to the left so that trailer turns to the right when manoeuvring in reverse with a car and trailer. 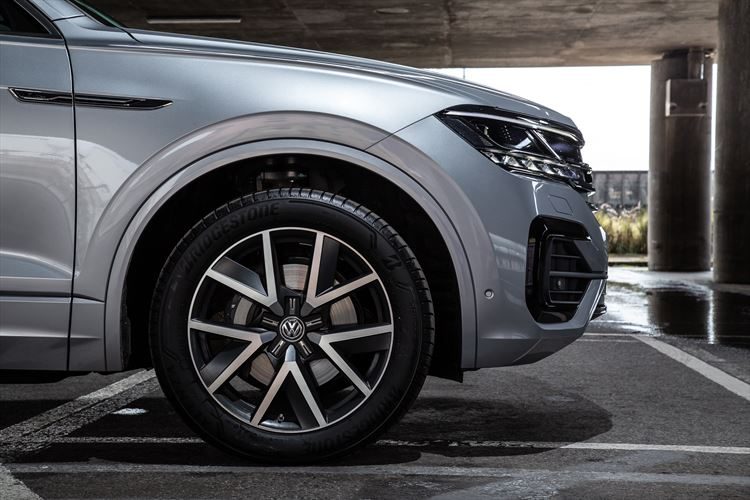 This function utilises so many of the Touareg electronic driver assist systems that it would make a story all of its own.

We did not have the time to try it out, but if it does what it says on the box, its a good enough reason in itself to buy a trailer even if you have no use for it.

You could hang around at horse shows or caravan parks and irritate people by parking your 3.5 ton trailer perfectly while playing on your phone.

Volkswagen is once again offering a 4-Corner air suspension with electronic damping control for the Touareg as an option.

It has been significantly enhanced. 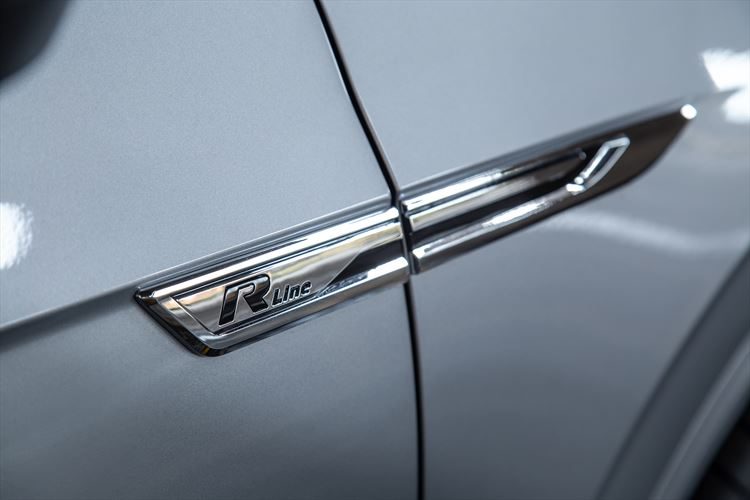 An all-wheel steering system that makes the large SUV agile and manoeuvrable – similar to a compact SUV – has also been newly developed. Generally, fivelink suspensions with a light aluminium/steel design are used.

Another innovation on board the new Touareg is the optional all-wheel steering system.

The all-wheel steering system helps the Touareg to be the most agile large SUV.

It essentially affects two driving states: speeds below 37 km/h and speeds over 37 km/h.

Up to 37 km/h, the rear wheels drive automatically at an opposing angle to the front wheels. As a result, agility and
manoeuvrability is improved.

This is particularly noticeable when manoeuvring the turning circle, reduced by one metre from 12.19 m to 11.19 m with all-wheel steering.

If the speed increases to more than 37 km/h, the rear wheels automatically drive in the same direction as the front
wheels. As a result, the driving behaviour is significantly smoother as the all-wheel steering stabilises the lane change – when overtaking quickly.

We did very little city driving and no parking, so I am unsure of the true effect, but one thing was certain, the Toureg felt a lot smaller as a driver than it did as a passenger which says a lot about its innovative technology and engineering. 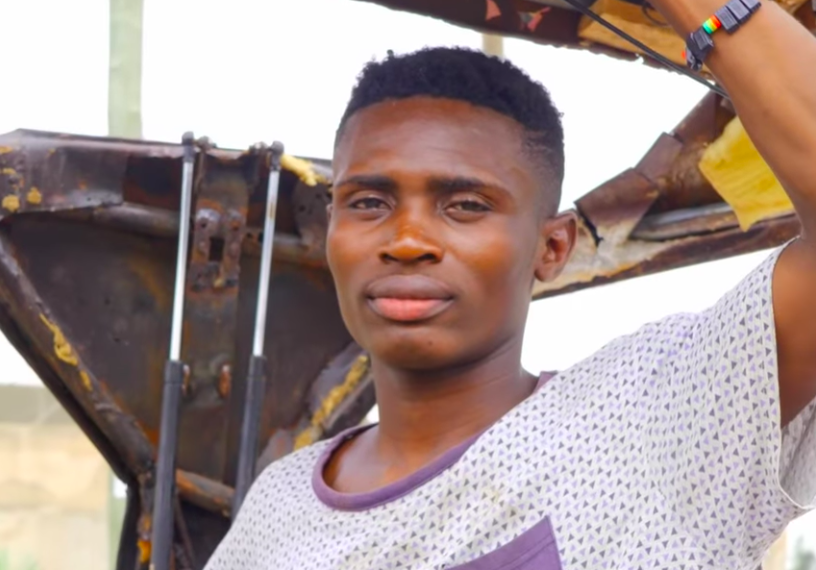 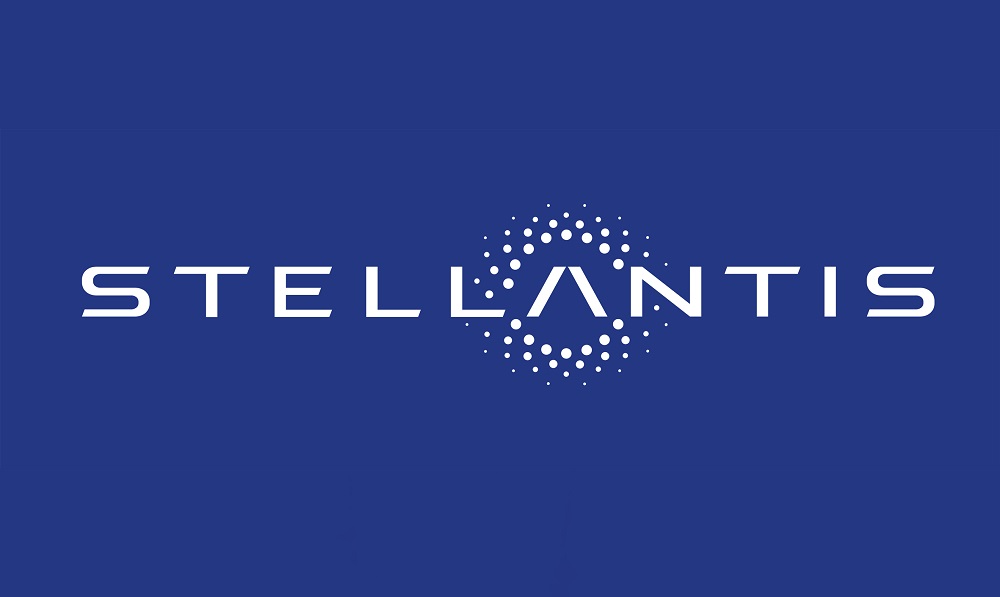