It's apparently all about the battle for weight loss, and how it relates to political maturity and sobriety. 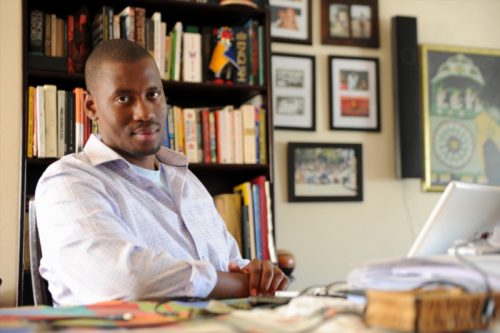 Sisulu said Herbex is the reason Malema sounds “so sober, [and] so mature”. He then suggested that “every one of our politicos needs a Herbex detox”, so they can sound as sober and mature.

“Juju sounds so sober, so mature…” before giving the credit to Herbex.

This comment did not sit well with the EFF leader, who said that Sisulu looks “terrible”, and suggested that he takes Herbex to Hlasela Mafutha (burn fat).

“I think you too must try it because you look terrible and that is affecting your small brain,” said the EFF leader, to Sisulu punching back: “@Julius_S_Malema sit down wena Mamgobhoz’ [gossiper], you took too much, you look like you’ll fall over now now.”

Sisulu’s comment was directed at the fact that Malema has famously lost a lot of weight in a short space of time. Many attributed Malema’s sudden weight loss to various causes, some of them unflattering. In July last year, the EFF leader felt compelled to point out that his sudden loss of weight had nothing to to with him having Aids.

Speaking at an EFF business gala dinner at the Meropa Casino in Limpopo, Malema told the gathering that his weight loss had absolutely nothing to do with illness.

He explained it had everything to do with improving his lifestyle and the good influence of his wife.

During the conference, Malema addressed, among other issues, the Absa lifeboat saga.

He said the EFF would not take orders from Gupta agents, apparently because this is a Gupta-funded campaign.

This after BLF leader Andile Mngxitama called on the EFF to join hands in occupying Absa. He also said the party regretted voting the public protector to power.