Mbete apologises to Mangosuthu Buthelezi for calling him ‘ikhehla’

Mbete said it was never her intention to offend or show disrespect to the IFP leader. 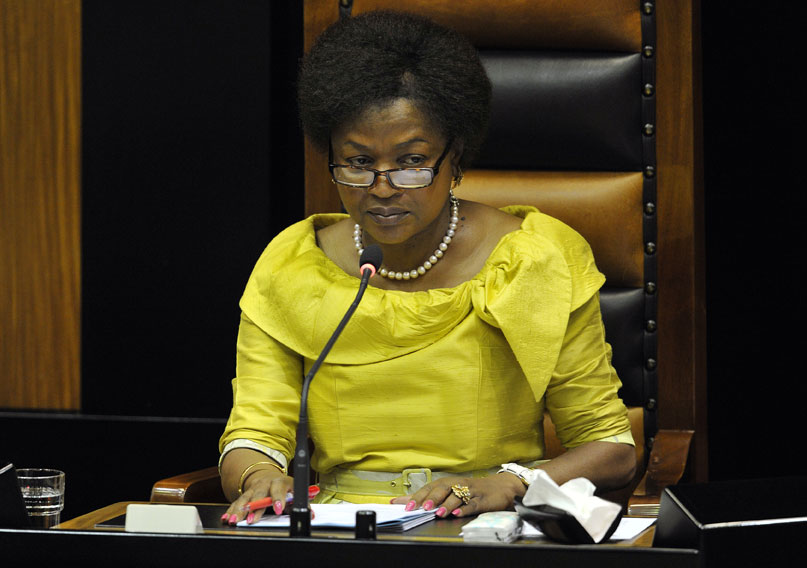 There was a lighthearted moment of banter in the National Assembly on Thursday when speaker Baleka Mbete apologised to the leader of Inkatha Freedom Party (IFP) Mangosuthu Buthelezi for calling him “ikhehla”, a term that colloquially refers to an old man in Zulu.

Buthelezi had taken exception to the word and found it disparaging during President Jacob Zuma’s State of the Nation Address (Sona) last month in parliament.

“In the setting of the Sona evening, in reference to the honourable Buthelezi, I used the words, and I quote, ‘nanti ikhehla,’ close quote. The honourable member has indicated to me that he found these words disparaging and offensive.

“Honourable Buthelezi, please accept my apologies as I indicated before, it was never my intention to offend of show disrespect to you,” Mbete said to applause from members of parliament (MPs).

She said she had written a letter of apology to the veteran politician explaining that she did not use the word to show contempt to him. She said Buthelezi had “responded to me and gave me fatherly advice”.

Not long after Mbete tended her apology to the assembly, the 89-year-old politician stood up with a point of order. He gave MPs a brief lesson on the historical connotation of the word.

“I would like to thank honourable speaker for wiping that off the record because amakhehla were actually the people that when the king of the Zulus, from time to time, would give them rings.

“They were called amakhehla when they were supposed to get married because they couldn’t get married,” he said to bursts of laugher from MPs.

“They were not allowed to marry until the king said so.”

“But I realise, honourable speaker, that I am old. Which is a blessing from the all mighty God, and I don’t resent that,” he said as some MPs shouted “yes”.

Deputy President Cyril Ramaphosa was in the National Assembly to answer MPs’ questions.

Thabo Mbeki: People are joining ANC to enrich themselves