WATCH: Gwede says he has not ‘Mantashed’ anyone

Does the ANC secretary-general know what ‘Mantashing’ is? eNCA reporter Thulasizwe Simelane‏ asked him about the term. 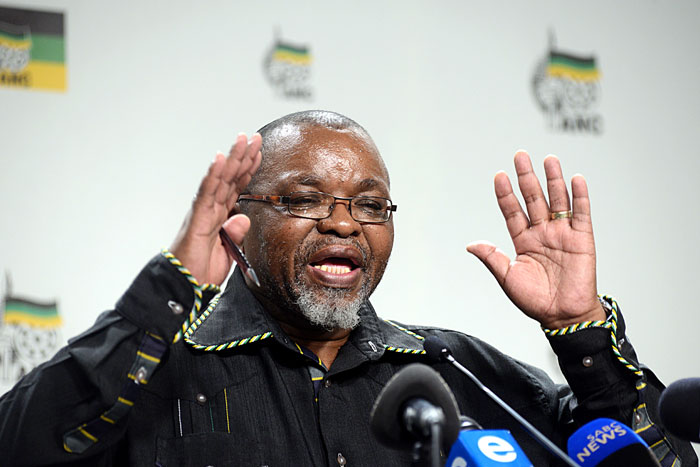 Following the ANC’s decision in April to throw its weight behind President Jacob Zuma after his controversial Cabinet reshuffle, which saw some of the party’s top six leaders break ranks, the term ‘Mantashing’ has become a mainstay in our local political vocabulary.

This is all thanks to ANC secretary-general Gwede Mantashe after he changed his stance on Zuma’s continued leadership of the country and ANC despite having publicly denounced Zuma’s Cabinet changes.

Subsequent to the Cabinet reshuffle, Mantashe said the ANC’s leaders were not consulted on the changes but were merely given a list from “somewhere” to approve.

A week later, Mantashe changed his tone and told the nation the ANC had accepted Zuma’s reasons for axing former finance minister Pravin Gordhan over an “irretrievable breakdown of relationship” between the two men.

Even EFF leader Julius Malema predicted that Mantashe would change his mind on the reshuffle.

The concept of ‘Mantashing’ has found its way onto SA lexicon. What does Mantashe say about ‘Mantashing’? Hope he doesn’t Mantashe on this.. pic.twitter.com/YC8c2w6XsT