Mbalula is a rare species and a suicide bomber – Mpofu

Mpofu’s remarks follow the minister's controversial remarks when he referred to ANC MPs who plan to support a vote of no confidence in Zuma as 'suicide bombers'. 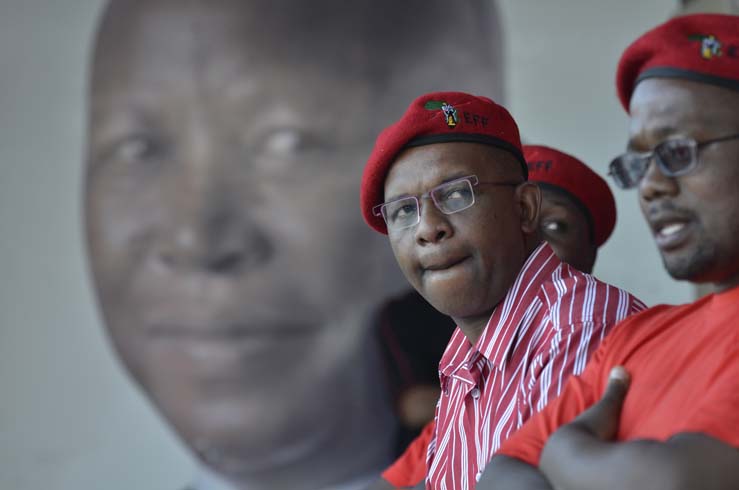 EFF national chairperson Dali Mpofu has slammed Police Minister Fikile Mbalula, describing him as a “rare species and a suicide bomber” who regretted and changed his mind on President Jacob Zuma’s scandal-prone leadership of the ANC and country after the party’s national elective conference at Mangaung, Free State.

The former ANC member – one of the founding members of the EFF – on Thursday came out guns blazing on Twitter when he said Mbalula had associated himself with the anti-Zuma camp at the conference in 2012, which backed former president Kgalema Motlanthe, but he had since defected to the Zuma faction.

Mpofu’s remarks followed the police minister’s controversial comments on July 2 when he referred to ANC MPs who planned to support a vote of no confidence in the president as suicide bombers.

Minister Mbalula is a rare species:a suicide bomber who repented & changed his mind!????
In 2012 he was with us in the "AnybodyButZuma" camp!????

Obviously!Thats how the so-called "Anybody But Zuma" & Motlanthe campaigns were conceived in 2012,My Cde
Sorry REAL history has no "links"! https://t.co/BBTIGHBAHR

However, when one user on the site reminded the EFF chair of Malema’s similar defence of Zuma at the ANC’s 2007 elective conference in Polokwane, Limpopo, Mpofu said those who had missed the EFF leader’s endless apologies for that were “willfully deaf and dumb”.

Hence his endless APOLOGIES….only missed by those who are willfully DEAF & DUMB! https://t.co/iAKiJTatQ2

Mpofu’s comments also came after former president Thabo Mbeki’s revelation last week during a televised interview with Power FM that Malema was among the people in the ANC who were fed lies about him leading up to the ANC’s Polokwane conference, where he was defeated by Zuma for the party’s presidency.

Malema, who was the president of the ANC Youth League at the time, admitted as well that he was misled by Zuma’s supporters while addressing Mbeki.

“The president [Mbeki] was right when he said we were misled, and one of the misleading things we were told is that if the president goes back to office, he will amend the constitution so that he stays in power forever.