WATCH: A cheeky Gigaba acknowledges Gordhan, Manuel by their ‘mpandlas’

Breaking the ice at the end of his medium term budget speech, Gigaba acknowledged the presence of his predecessors by jokingly referring to their bald heads. 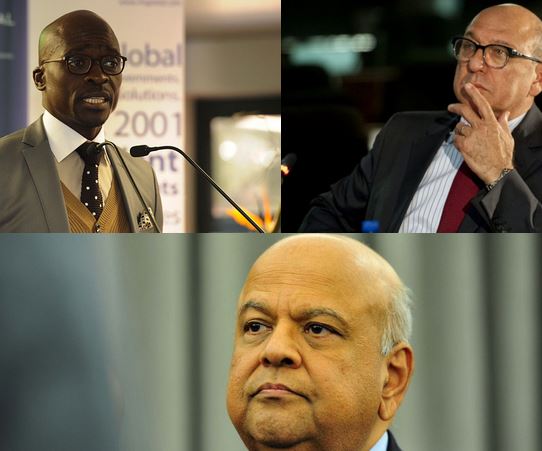 Gigaba reduced some of the tension that was palpable in parliament after the meeting got off to a rocky start with the EFF disrupting the meeting and staging a walk out.

He finished his speech with little incident and went on to say that what the country needed was increased reforms that would help to kickstart growth, forecast at 0.7 percent for the current financial year, and reduce government debt to give National Treasury more room to manoeuvre in the next medium-term budget period.