Pastor Mboro believes his prayers shall open the skies for Capetonians

Mboro flew to Cape Town this week to undergo 90 days of prayer, a decision he took after coming to the conclusion that there is a drought in the Mother City because people had turned to science instead of God. 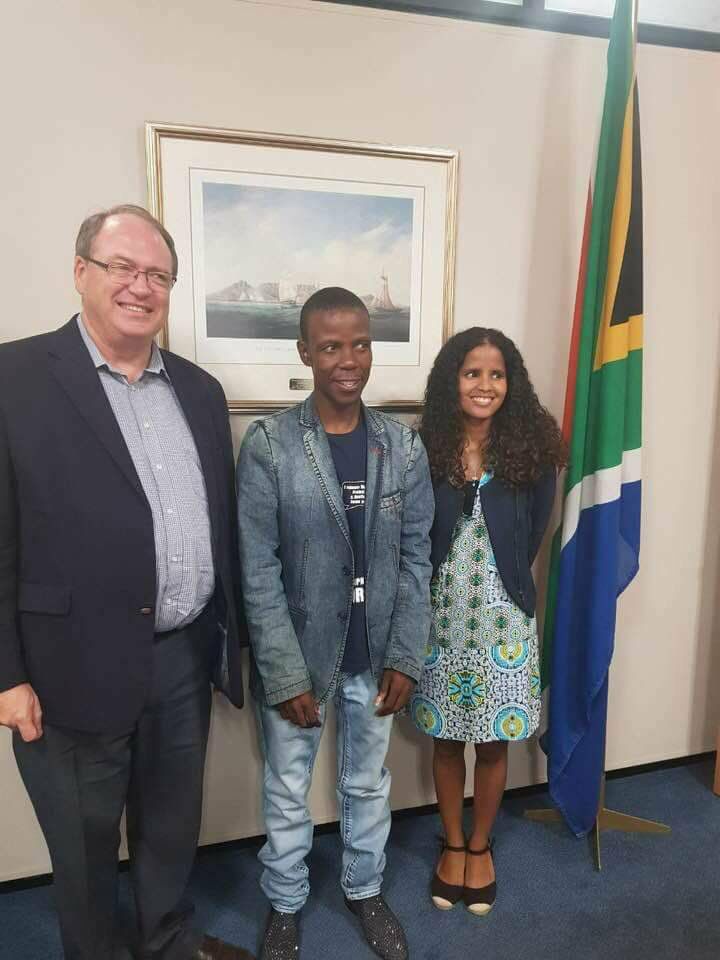 Paseka Mboro with Cape Town Deputy Ian Nelson. Nelson has been given the responsibility of managing the water shortage crisis. Facebook.

In the event that heavy rain, as forecast by the weather services, pours down across drought-stricken Western Cape later this evening, one man who will take the credit for it.

Controversial pastor Paseka ‘Mboro’ Motsoeneng says it is his prayer for rain that has made God “provide for the people”.

Mboro, who flew to Cape Town this week to undergo 90 days of prayer, said he decided to do so after concluding that there is drought in tourist-friendly Mother City because people had turned to science instead of God.

Motsoeneng’s own voyage into the city “discovered” by Jan van Riebeck and his entourage of spice merchants from the Dutch East Indian Company was not without drama as he arrived at Cape Town International Airport, only to find out that an airline he flew with had misplaced his luggage.

RELATED: Hlaudi still has ‘that thing’, will address Mboro’s church on Sunday

A provincial ANC leader who, together with Motsoeneng, had to wait for endless hours while the airline’s officials ran around in circles trying to locate the luggage, said she was perplexed by two things: when asked which one was his luggage, he said he didn’t pack his own bag and therefore didn’t know, and how his prophetic powers could not lead him to the bag without intervention of staff from the lost and found section.

‘Mboro’ remains unbothered by jibes thrown at him on social media, and this morning he told TimesLive the fact that rain was now forecast cemented his status as a prophet as he knew he had direct access to God.

“When I got to Cape Town, it was blazing hot with no sign of the rain. I started praying, and clouds gathered. It was very cloudy then it began to drizzle. I thought I would find people  standing at the corners of the streets and around the sea praying. But people were minding their own business. My crew and myself were praying, and that is why the rain has come.

“They said I’m bringing rain to Cape Town sarcastically, but after the rain, no one called me for an interview. I should have been on television, but no one bothered because no one saw it coming,” Mboro said, and informed the publication he has now returned to Johannesburg, as his mission is complete.

Mboro: ‘I prayed the toddler back to life and the paramedic killed her’

So much anger in South Africa, says Bushiri on Mboro losing his cool on TV
9 months ago
9 months ago 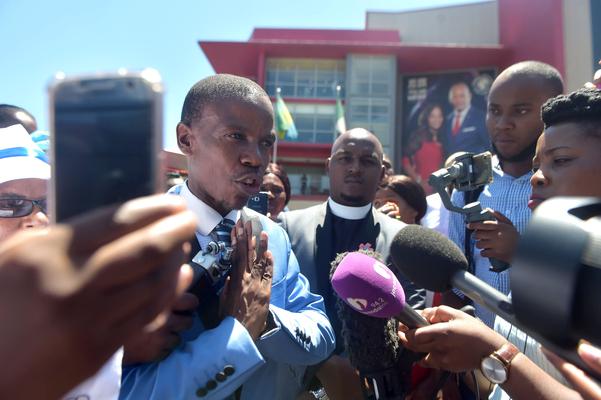 So much anger in South Africa, says Bushiri on Mboro losing his cool on TV
9 months ago
9 months ago