Videos show concerning imagery on the first day of Level 3 of the lockdown. 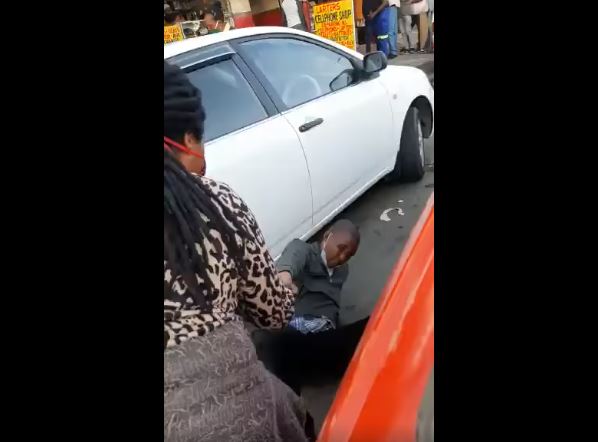 While most around the country celebrated on Monday morning as the country eased into Level 3 of the lockdown regulations. As many were now allowed to purchase liquor for home consumption, Arrive Alive reported the arrest of a man suspected to have been driving under the influence on Monday.

The man was arrested following a collision at the entrance of Redcliffe in Verulam on Monday afternoon.

“Members of Reaction Unit South Africa (RUSA) arrived on scene at approximately 4.06pm. It was established that an off-duty traffic officer was stationary at the stop street on Buffelsdraai Road and Oakford Drive in his Hyundai Elantra when he was knocked from the back by a Ford Bantam bakkie.

A toddler was in the Hyundai Elantra at the time.

The occupants of both vehicles were not injured in the collision.

The Rusa medics also responded to another crash where a motorist lost her life following a tragic accident in Ndwedwe mission in KwaZulu-Natal. The driver was travelling with five other people when the accident happened.

Medics found all six occupants of the grey Hyundai i20 ejected from the vehicle. The identified driver, died at the scene, while the five passengers sustained serious injuries, according to Arrive Alive.

“A 19-year-old boy was airlifted to a hospital in Pietermaritzburg while the remaining injured were transported to local hospitals by ambulance.”

While many welcomed the freedom to purchase alcohol, others were left frustrated as footage shows people saving liquor from a smoking minibus taxi.

In other videos, taken on Monday, a commentator can be heard criticising the effects of allowing the sale of alcohol.