The incident allegedly happened on 14 August in Krugersdorp. 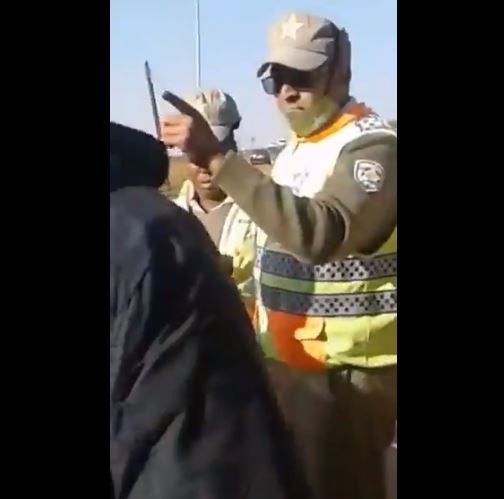 An officer can be seen in an altercation with a citizen. (screenshot)

In footage that has surfaced on social media, law enforcement appears to be having a challenging time maintaining order.

The footage allegedly from Krugersdorp shows the officer punched during the apparent confrontation. The unidentified man swings a few fists at the officer who stumbles to the ground during the fist full altercation.

While the police have condemned the actions in the footage which happened on August 14, one suspect was arrested with the hopes he will face the full might of the law Mogale City, said police in a statement.

I really hope that the @SAPoliceService will step up here.

This is bad….. unbelievable pic.twitter.com/SEU80CtWni