Growing calls for the President to take action. 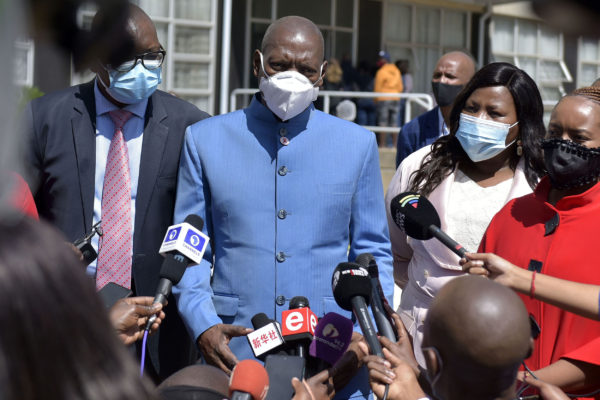 If social discourse were true, Health Minister Dr Zweli Mkhize is hanging on a thread. There is a growing number of dissent of his involvement in the Digital Vibes contract scandal.

The Daily Maverick’s investigative unit, Scorpio, reported that Digital Vibes, the company at the centre of the contract found to be irregular. The contract is being looked into but the Special Investigating Unit (SIU).

The former personal spokesperson of Mkhize, Tahera Mather, and his former personal assistant, Naadhira Mitha, are said to have  “pocketed roughly R90m in suspicious payments emanating from a R150m Covid-19 and National Health Insurance communications contract.”

Daily Maverick further revealed more irregular payments. More information was revealed on Saturday that Digital Vibes not only paid for maintenance work but also allegedly transferred at least R300 000 to a company owned by Mkhize’s son in May 2020. The health minister denied he was “friends” with Mather or Mitha but he admitted that the pair were his comrades.

Mkhize confirmed that irregular expenditure of at least R35 million was involved in the health department’s communications contract with Digital Vibes.

There are growing calls for the minister to step down and for President Cyril Ramaphosa to take action. Ramaphosa said that they are waiting on the investigation by the SIU to be complete, then they will “handle the matter”, eNCA reported. The SIU investigation is intended to be completed by the end of June.

Social media users couldn’t help but share their views on the growing scandal. Many sharing on Twitter that it’s time for Ramaphosa to act and that the ANC’s step aside rule used, as they have for other members such as Ace Magashule.

The Mkhize saga is a real acid test for Ramaphosa because it is close to home. Let’s see how he handles it.

The only vibes South Africans receive from Zweli Mkhize are Digital Vibes.

On the flip side

If Gwede and daughter,Khusela and late Hubby,Zizi Kodwa with so much concrete evidence of corruption against them but they survived… Why Dr Zweli Mkhize must fall?

One of the weaknesses of step aside rule is that it has eyes and ears,it targets certain people

The story of Zweli Mkhize is a good reminder that we should stop creating media darlings. Media darlings are wrongly seen as un-corruptible.

We should be guided by facts and NOT be fooled by darling charm.

Even Zuma was once charming. Be vigilant, always.