The incident was the subject of many jokes on social media. 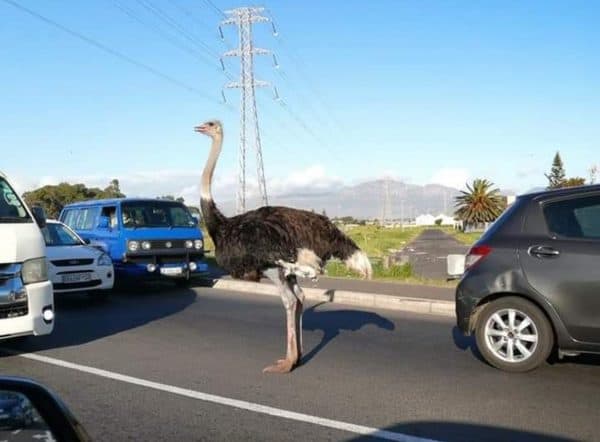 The ostrich caused chaos on the road in Cape Town on Wednesday. Picture: Twitter/@robyn_smith_sa

As if Cape Town’s traffic wasn’t bad enough, an ostrich decided to make it worse.

This was the surreal scene that motorists in Ottery witnessed on Wednesday.

The large bird was seen nonchalantly walking in the middle of the road, despite a number of cars driving towards it.

South Africans couldn’t believe what they were seeing and took to social media to express their surprise.

The incident also brought out the unique sense of humour that South Africans have.

One person on Twitter even suggested that the bird was a form of transport that could be a solution to a fuel crisis.

It’s not the first time an ostrich has been seen on the road in Cape Town.

An ostrich was caught on camera racing a group of cyclists in the Cape Point National Park in September last year.