While debating the DA's election posters in Phoenix, the controversial radio host said Mudzuli Rakhivhane's experience of racism is 'anecdotal and unimportant'. 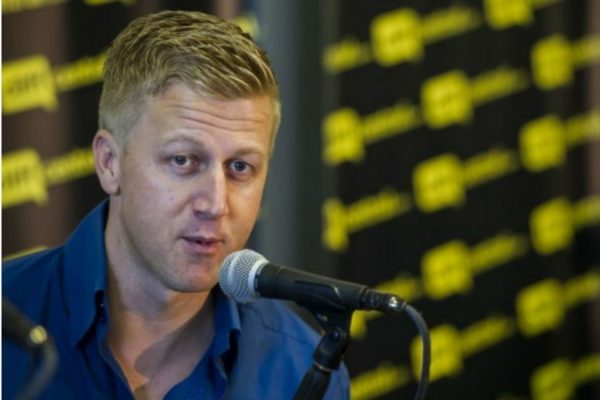 Gareth Cliff has left many dismayed after he told One South Africa Movement member Mudzuli Rakhivhane that her personal experience of racism is “completely unimportant to all of us”.

Rakhivhane was debating the issue of the Democratic Alliance’s (DA’s) election posters in Phoenix on CliffCentral.com with DA leader John Steenhuisen.

“The IRR [Institute of Race Relations] has shown us endless reports of people who say that racism is at the bottom of their list of priorities,” said Cliff.

When Rakhivhane replied by saying “they obviously don’t experience the type of racism I experience on a daily basis”, Cliff said: “Your personal experience is completely anecdotal and unimportant to all of us, sorry.”

Cliff’s comments came after Rakhivhane challenged Steenhuisen over his insistence that the DA’s campaign for the upcoming local elections has focused on service delivery. She then brought up party’s election posters in Phoenix and accused the DA of stirring racial tension.

ALSO READ: The DA has shot itself in the foot

Cliff’s reaction to Rakhivhane has garnered disbelief on Twitter.

“This is disgustingly unbelievable and sad,” wrote one person.

“Really shockingly disconnected white man @GarethCliff, mansplaining to a black woman about her lived experience of racism,” posted another.

This isn’t the first time that Cliff has got himself in hot water over racial issues.

In 2020, after the movie Gone with the Wind had been pulled from HBO Max because of its racial prejudices, he said the Black Lives Matter movement and cancel culture were “problematic”.

When a social media user said watching that movie was painful for black people, Cliff replied by saying feelings can’t be the reason others can’t see or hear things.

NOW READ: Gareth Cliff’s team will not be responding to sexual misconduct allegations