The announcement follows after South Africans banded together earlier this year under the hashtag #BookTitlesForBaba. Here's what we know. 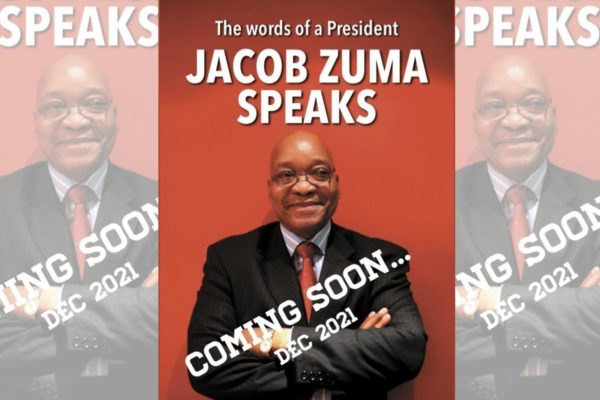 The Jacob G Zuma Foundation says its patron and former president will be releasing his “long-awaited book” in December 2021.

The statesman’s official foundation said details about the book “will be made public in due course”.

At the time of publishing, we can only confirm the book – titled The words of a President: Jacob Zuma speaks – will be made available mid-December.

The announcement created somewhat of a social media storm, with Zuma supporter Carl Niehaus saying he was looking forward to reading it, while others held opposing views, to say the least.

One Twitter user known only as @ErrolBSK said: “People will be greatly disappointed by the baseless allegations, victim mentality and other lies that will permeate this book.”

Another netizen said: “I hope there’s a chapter dedicated to the Codesa negotiations and Chris Hani’s death…”

He must tell is how much he he stole. Simple pic.twitter.com/YKIytnwsFb— Mr X (@KhosaXikombiso) December 2, 2021

The announcement of Zuma’s book follows after South Africans banded together earlier this year under the hashtag #BookTitlesForBaba.

At the time, Zuma had handed himself over to the authorities and finally started his (short-lived) 15-month jail sentence at the Estcourt Correctional Centre.

South Africans created the hashtag and suggested Zuma tap into himself and unleash his many hidden talents by penning a book to pass the time.

It was speculated that the book could profile some of the interesting events during his early life, as well as his tenure as president, the Guptas and his political crimes.

Just like another former South African president, Nelson Mandela – Zuma would have many titles to consider, which some people have already helped out with.

NOW READ: #BookTitlesForBaba: Should Zuma write an autobiography in prison?