South Africans could bag cheaper domestic flights across the board in 2018. 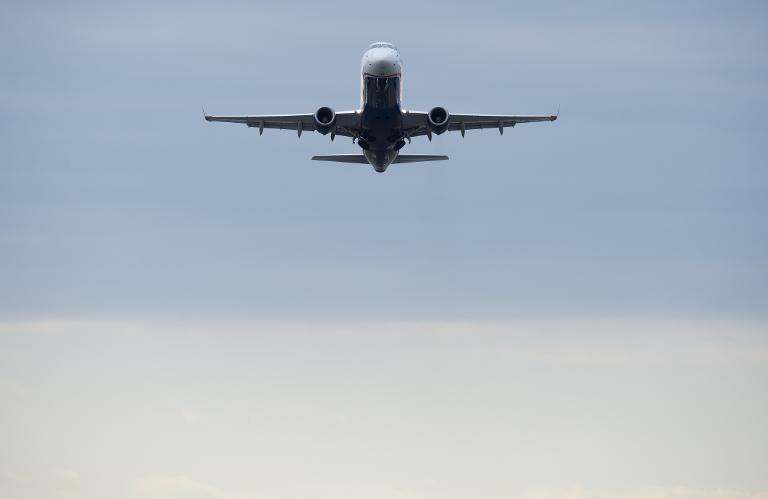 A US Airways Embraer E-175 airplane takes off from a runway at Ronald Reagan Washington National Airport in Arlington, Virginia, September 23, 2013.

This year could see South Africans bagging cheaper domestic flights across the board, according to domestic airline, FlySafair.

The company’s head of sales and distribution Kirby Gordon said despite predictions in the 2018 Global Travel Forecast that air travel could rise by as much as 7%, South Africa’s strengthening rand could put the country in a unique position to offset global oil price hikes, which would not have been the case with a more stagnant or weakening rand.

“Contrary to international trends, domestic passenger numbers in South Africa in 2017 exhibited no growth against 2016’s figures, but the local market continues to be characterised by strong and healthy competition, which plays an important part in keeping costs down,” he said. But the airline was not the only organisation predicting some domestic relief for consumers this year.

Agricultural business collective, Agri-Biz said a marginal decline in fuel prices in February could bring a further reduction in fuel prices, thanks to the stronger domestic currency.

While it was still early to be certain about the scale, it qualified, the current estimates suggesting that petrol and diesel prices could fall by 3% and 1%, respectively, from January 2018 levels.

This means the retail price of petrol could decline to R14.04 per litre from the current level of R14.42 per litre. At the same time, the wholesale diesel price could decrease to R12.54 per litre from R12.73 per litre in January 2018.

The expected fuel price cuts were mainly driven by the rand/US dollar exchange rate. The rand strengthened by 6% from December 2017, averaging R12.35 as of Thursday. The higher Brent crude oil prices have somewhat reduced the scale of the potential fuel decline.