Mrs Mugabe said at the time 'the language was difficult' and her thesis was about 'changing social structure and functions of the family - the emergence of the children's home.' 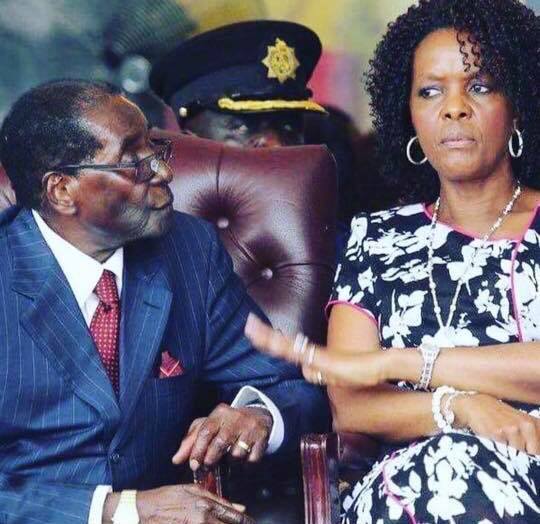 Zimbabwe’s former first lady Amai Grace Mugabe achieved in 2014 what many can only dream of. She registered and obtained her PhD in social studies and graduated within six months without defending her doctoral thesis.

The controversial Doctor of Philosophy (PhD) was awarded to a woman who shot into public life as the private secretary to Robert Mugabe in the 1990s. In September 2014, she was part of 3 274 University of Zimbabwe (UZ) students who were capped by her husband, who was also the Chancellor of the institution.

Other PhD graduates, whose records and thesis are publicly available, include former vice-president Joyce Mujuru. It has now emerged that lecturers at the university filed a petition with the country’s Anti-Corruption Commission to investigate.

“It was a way of motivating my children that I didn’t have the opportunity to do it but had the capacity. The language was difficult. My thesis was ‘changing social structure and functions of the family – the emergence of the children’s home’,” the lady who became notorious for the lavish shopping abroad while the majority of her countrymen and women lived beyond poverty baseline said at the time.

However, this is not the case, according to reports coming from Zimbabwe, quoting academics at the country’s premier tertiary institution. They are arguing that the PhD was obtained “fraudulently” and believe this was a monumental academic scandal, as she failed to fulfill procedures required of a PhD candidates before they could be awarded the qualification.

They are also claiming that her records were not available, and that her thesis was also not available at the UZ library, unlike other candidates.

“This was a shock to many members of the department as most members never [saw] or heard about the proposal, progress reports, thesis examiners and outcome of such a study by the candidate,” the Zimbabwe Independent quoted from the academics’ petition to the commission.

There are further reports that, shortly after graduating, her PhD caused ructions within the ruling Zanu-PF politburo ranks. It is reported that former minister of higher education and training and by then party’s secretary for science and technology, Olivia Nyembezi Muchena, was silenced by Mrs Mugabe when she questioned how she could be awarded a PhD only months after enrolling without conducting research into her thesis.

The publication also revealed that it obtained minutes which show Muchena asking the former first lady to clarify the matter. It is said she vehemently defended the legitimacy of her doctoral degree.

Meanwhile, international press in Harare has also revealed that after years of speculation on who the benefactor is to the former president’s two high maintenance sons, who were kicked out of Saudi Arabia and later set up at an upmarket boutique hotel in Sandton.

They regularly posted their lavish parties on social media. It was after one such party when their mother assaulted a South African model and controversially granted diplomatic which allowed her to slip out of the country.

It has been reported that the commission is also investigating allegations that their uber-luxurious lifestyle was funded by illegal gold mining proceeds.

GALLERY: Thou shalt enjoy Grace Mugabe’s ‘ice-cream of the nation’