In 2015, Zuma told opposition MPs to stop spoiling his Q&A sessions with Nkandla, and took exception to being labelled a 'broken man'. 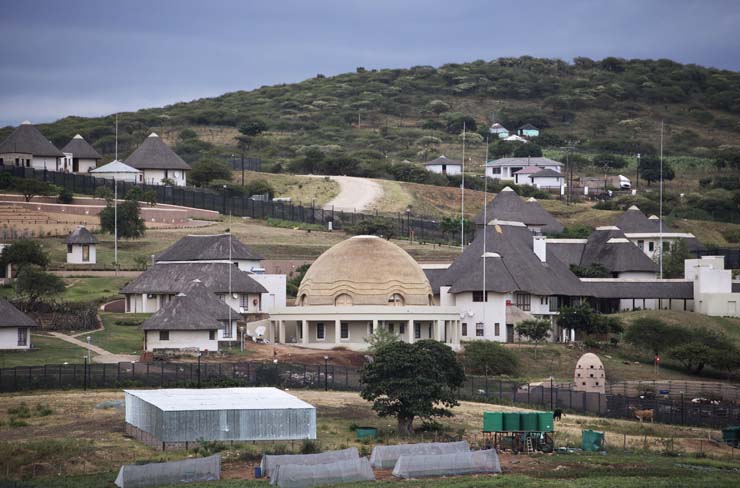 President Jacob Zuma is scheduled to answer questions in the National Assembly this afternoon.

A short while ago, the office of speaker Baleka Mbete announced that an emergency question had been added on to the list of questions the head of state is expected to respond to.

The controversial question, permitted on to the order paper due to public interest on the matter, pertains to allegations contained in Jacques Pauw’s explosive book, ‘The President’s Keeper’, in which he alleges a close associate and friend of President Zuma, Roy Moodley, is understood to have been outed by a Sars official in 2010 for paying R1 million a month over a year to Zuma.

Zuma is no stranger to heated questions and answer sessions in parliament, where he is expected to appear at least once a quarter.

We may not necessarily know at this moment how he is going to handle this question, but we can remind you how he has responded to contentious questions in the past.

In this week’s edition of Throwback Thursday, we take you back to May 2015 when Zuma appeared in parliament. The newcomers on the scene, EFF, had joined Parliament almost a year to date.

They made their mission quite clear from the get-go, that they would never allow Zuma to appear in parliament and sidestep accountability. They sharply insisted that the president must pay back the money.

“If you listen to our good friends in the opposition. I am telling you, you can think you live in another world. You know some people who could not pronounce Nkandla, they have now learned,” Zuma had said in parliament.

“A man stands up. Point of order. Yes. Nkandla. Thixo wase George Koch. Haaai hehehehehe. That is part of the problem. Again it emphasises poverty of politics in our opposition parties. I can’t remember … part of the reason I can’t deal with all the contributions,” he lashed out at Julium Malema.

The Democratic Alliance was not spared the tongue-lashing either. Their national leader, Mmusi Maimane, was also accused of distracting the president with accusations of being a “broken man”.

“I am dealing with contributions which are very meaningful. Because others there was nothing said. There was a broken president in a broken country, you know. Mayibabo,” Zuma said, to laughter from the ruling party benches.

WATCH THE VIDEO BELOW: