In his latest video, Petzer details what he feels is the ‘other side of the story’, and attempts to weigh in on the racist incident that took place at the V&A Waterfront recently. 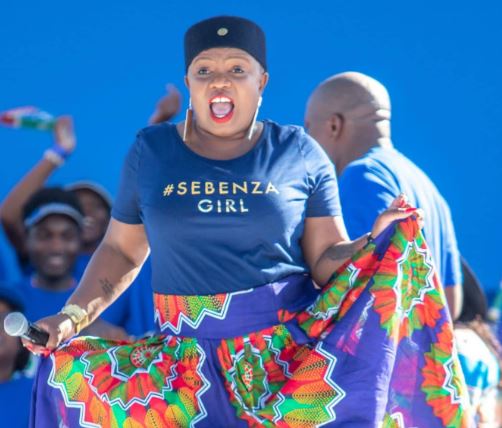 Petzer took it upon himself to get the “other side of the story” by reaching out to anyone who knows the family involved in the race argument.

Petzer calls Van Damme’s outburst and subsequent media posts an ‘outrage’, and raises concerns that Van Damme released pictures of the family in question to her social media followers.

The family. This lady was filming me the entire time, so I tried to take photos & that little shit in the black t-shirt came to my face & came within my face & “voetsek you black” & threw on the ground. He was threatening violence so in self-defense I punched him in the head. pic.twitter.com/fJL994ICU8

In addition, he calls Van Damme’s video, in which she questions why V&A Waterfront management let the family go after the incident, harassment towards the employee.

The V&A Waterfront later released a statement acknowledging the incident and investigation.

“We have noted the incident relayed by Ms Phumzile Van Damme via her twitter profile, and we are engaging with her directly on this issue, as well as with the security manager involved to get a full account of the incident. We are also reviewing the video footage of the alleged incident,” said the V&A Waterfront in a statement.

“We do not tolerate any act of racism at the V&A Waterfront, an environment which daily, sees thousands of visitors from all walks of life, from all over the country, and all over the world, enjoying its facilities. We would ban anyone who displays racist behaviour on the property, with immediate effect,” added the V&A Waterfront.

Petzer said he was contacted by a woman claiming to have witnessed the incident, who allegedly gave Petzer a very different version of events.

“Van Damme was confronted by a woman for pushing into the line at the Clicks pharmacy. We don’t know whether Van Damme did push in, but we do know there was a confrontation. After the woman completed her business at Clicks, Van Damme follows her out of the mall shouting at her. The boy that was punched in the face by Van Damme, presumably the woman’s son, came in between her and his mother. That is when Van Damme punched him,” the alleged witness told Petzer.

Petzer says that Van Damme cutting the video just before the V&A Waterfront employee could answer her was ‘convenient’.

Management of @VandAWaterfront if you’re going to allow racism & racists on your premisis, please announce it to all. I will not stand for anyone’s racism towards me or anyone. And don’t send me some PR clichéd response either, ACTION pic.twitter.com/YIriYXUKQW

He crudely summarises the incident as an attempt by Van Damme to justify assaulting a ‘young boy’, and to score herself some ‘perpetual victim points’.

Petzer seems keen to get his hands on the V&A Waterfront’s CCTV footage, to find out ‘what really happened’, and insists that the incident must be investigated until the truth is revealed.

Van Damme has already asked the Waterfront for the footage, which they said can only be released to police.

I asked the V&A for the CCTV footage and they said by law they can only release it to SAPS. I await that. https://t.co/4ctK1LWcZq

He also encourages the family to lay charges against the DA MP for assaulting the ‘young’ boy, and for defaming them by putting their pictures on social media.

And of course, a mandatory mention of the Black First Land First (BLF) and the Economic Freedom Fighers’ (EFF) “endorsement” of Van Damme’s version of events and their “pledge” to protect her, which Petzer says translates to the family possibly being found by the BLF and EFF, harassed, and “possibly much worse things” will be done to the family.

Petzer concludes by deeming Van Damme’s “outburst” as “very irresponsible”, and is hoping the DA take action against her.

The incident, he says, is the “perfect analogy for what is going on in South Africa right now”.

What potential consequences would that be, Helen? Confirming their racism? I told them in the video they recorded that they must please make it public to show their racism. You’ve clearly made your mind up, so? I will not kowtow to anyone who seeks to invalidate my experience

Anyone with an iota of intelligence would watch Petzer’s video & laugh. You invalidate MY experience. I was made to feel subhuman. I was threatened. In addition to that I must be dragged through the mud & you gladly join the mob with your 1m followers? I don’t kowtow to bullies.

I know I will be made the villain for responding to you making harmful insinuations about me. You will become the victim. And I feed your supporters with the fodder they need to spread false narratives about me? I really do not care anymore. Do what you will. Think what you will.

She enticed her 1 million followers. You should give what you can take.

Meanwhile, DA leader Mmusi Maimane provided the media with a diplomatic response to the incident, saying that reconciliation is still a priority.

“I always regret incidents of racism and condemn racism, but the best way to respond is to seek to reconcile,” he continued.

“Whether it’s Zindzi Mandela … or the incident taking place at the Waterfront, I would call upon all South Africans that we need to continue the project of reconciliation,” he concluded.

@Our_DA leader Mmusi Maimane says the only way to deal with racism is through reconciliation. This follows an incident involving DA MP @zilevandamme at the V&A Waterfront earlier this week. #SONA2019 @IOL pic.twitter.com/5sZBxMa3Vu

UPDATE: An earlier version of this article said Petzer had suggested the family involved in the incident with Van Damme would “inevitably” be contacted by the EFF or BLF. Petzer contacted us to clarify that he didn’t say this was inevitable, only possible. 10:23, June 24.