The man was arrested during another Operation Okae Molao for his bizarre Mad Maxing. 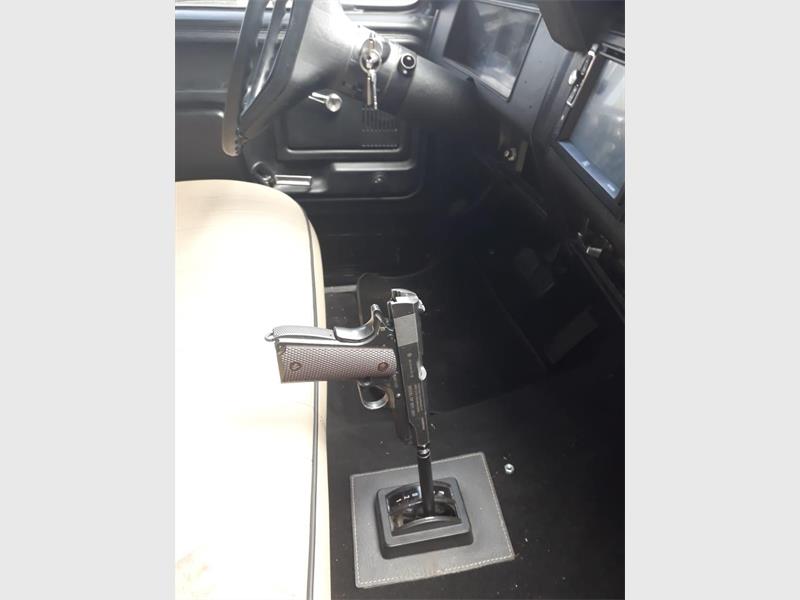 The ingenious gear lever is an actual firearm. Photo submitted.

Randfontein police arrested a driver who was using an unlicensed firearm as a gear lever during the Okae Molao crime-prevention operation on 14 November in Mohlakeng, reports the Randfontein Herald.

Sergeant Carmen Hendricks, Randfontein police spokesperson, said the operation was conducted in various areas, such as the Randfontein CBD, Mohlakeng, Toekomsrus, two taxi ranks, R559 road, Flower Road, R41 road and the plots and farms, and saw a total of 97 suspects being arrested.

Hendricks said the police managed to arrest a specific suspect after receiving a tip-off.

“He has already appeared in the Randfontein Magistrates’ Court, where the case was struck off the roll pending the ballistics report.

“Violence is the leading cause of death in South Africa and firearms are the cause of some deaths. As the South African Police Service we must make sure that our community is safe and protected,” Hendricks concluded.