Hijacking video: ‘Take my car, but I’m keeping my lunch’

South Africans have a unique way of laughing through the pain... 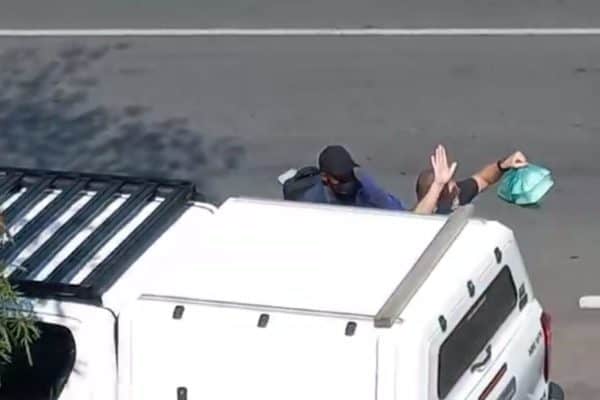 Alert South Africa on Friday shared a video of a white Toyota Hilux hijacked outside the Hillclimb Cafe in Westmead, Durban.

The short 18-second clip of the hijacking – which occurred on Thursday – shows an armed hijacker pushing the driver away from the vehicle before driving off.

The video soon garnered attraction on social media but the topic of discussion wasn’t the very serious criminal act of hijacking, but rather the victim’s lunch…

One user, Ronald Phiri, said a person’s life is worth more than a vehicle, and commended the motorist for not making eye contact. He added: “Hijackers will kill you if they feel their identity will be compromised”.

Another user, known only as @iluxapple, said they don’t wish the trauma of surviving a hijacking on anyone.

However, we are a unique nation, so as expected, South African netizens came prepared with lunch jokes and memes as well.

One user said, “He is still alive and has something to eat”, while another added,

“You can take the car and I’ll keep my lunch”.

Another said South Africans “clearly live in a war”, but added it’s nice of the hijackers to “let him keep his food”. We’ve collected the most memorable responses here: