The video that’s going viral on social media is exactly why you shouldn’t get out of the car when on safari. 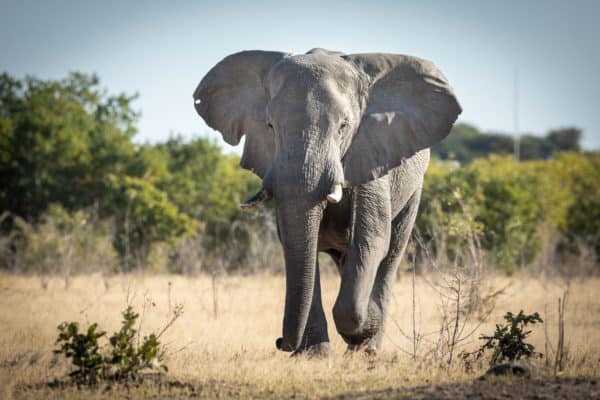 Social media has been left gasping by a short video of two women being chased by a herd of elephants at the Paul Kruger Gate of the Kruger National Park on Monday, 20 September.

While it’s unclear why the women were not inside their car at the time of the incident, tweeps speculated that they probably wanted to take a picture at the nearby statue and didn’t realise that it could have been the last photo they ever took.

In the video, two tourists can be seen photographing an elephant standing in the middle of the tar road. Seconds later, a calf and four more adult elephants join the first elephant in the road.

As one of the elephants start running, you briefly see two lone figures in the field on the opposite side of the road, the rest of the herd following suit, their ears flapping as they cross the field.

All of a sudden a big commotion breaks out on the video as the elephants can be seen charging two women in the field. Shouting and hooting of car horns can be heard in an attempt to distract the majestic animals.

Luckily, it seems that the women managed to get out of the elephants’ way unharmed, but it could have ended much worse for them.

Despite their size, elephants are quite fast and can’t be outrun by humans.

An African bush elephant can reach speeds of up to 40km/h. The only person on earth who would have a chance to outrun an elephant is the world’s fastest man, Usain Bolt, whose average ground speed was 37.58km/h, whilst reaching a top speed of 44.72km/h during his 100m races.