This adorable video had the internet in stitches. 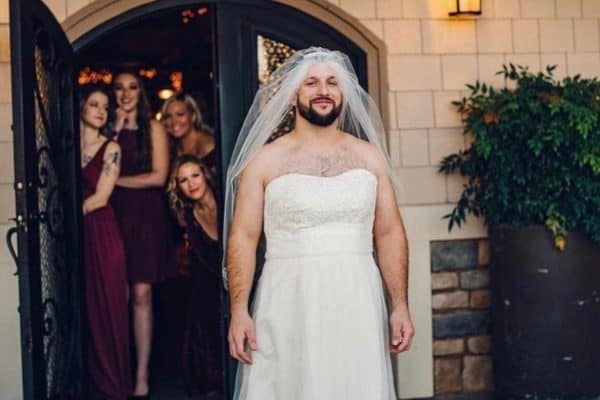 If, like everyone else in South Africa this week, you could do with a feel-good story, may we interest you in a groom’s hilarious reaction at seeing his brother in his bride’s wedding dress?

The incident was even caught on camera for posterity, much to the enjoyment of netizens in general. Here’s what went down.

Long story short – because we imagine there’s quite a lot of subtleties behind this endearing family story – the groom had wedding jitters on the big day and his bride wanted to lift his spirits.

Now there are many ways to do that, sure, but the course she settled on had the internet in stitches.

Picture this: An anxious groom (im)patiently waiting for his dearest bride-to-be, but as part of the surprise, he had to stand with his back towards the wedding party.

His ‘bride’ approaches but the giggling in the background gives away that something was amiss. The groom feels a tap on his shoulder but when he turns around… lo and behold!

There’s his brother standing in the bride’s wedding dress – complete with a baseball hat under the veil, chest hair on display in the low-cut gown, the works.

The groom’s reaction? Well. See for yourself.

WATCH: The moment captured on camera

@GeeSweetYeeks, the Twitter user who found this absolute gem of a moment, explained the entire set-up was the bride’s idea. She wanted to “calm his nerves and it worked”.

As expected, the video and adorable set of photos we’ve included below soon went viral. One user said it was “the sweetest and funniest thing I’ve seen on the Internet today”, and added:

“One can easily tell the brothers had lots of fun as kids and still do. Even these kind of marriages lasts longer too. Great sense of humour and spontaneity!”

Another Twitter user said they can tell by the bride’s giggle in the background “that [the couple] is gonna be laughing about this for years”. 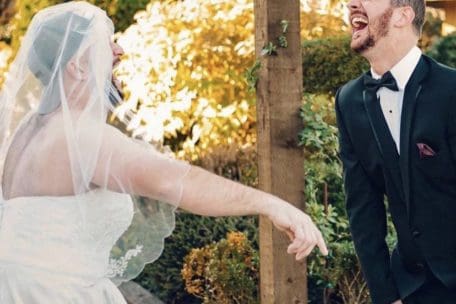 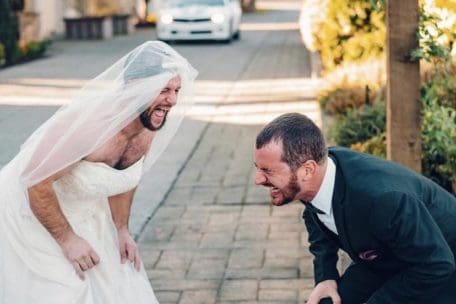 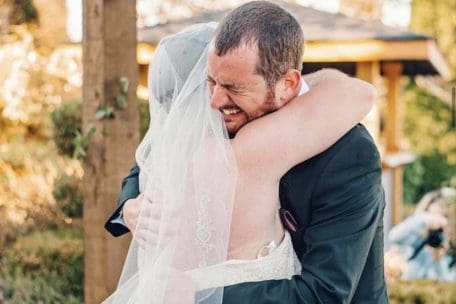