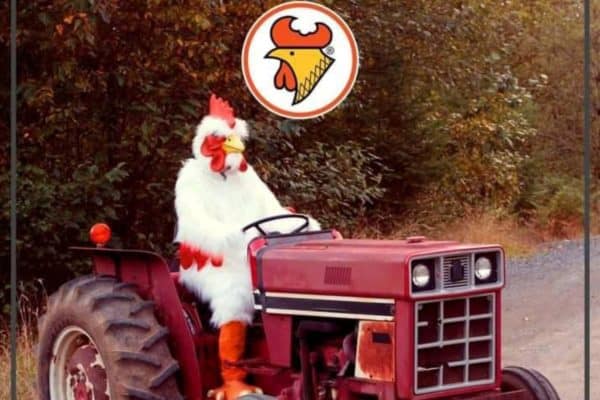 A fake Facebook account purporting to be Chicken Licken is in hot water, after its recent racist posts and strange obsession with KFC, took over social media timelines.

The page was first created on 10 September 2021, and seems to have flown under the radar for quite some time.

“We have been made aware of a fake Facebook page posing as Chicken Licken SA and have taken all the necessary steps in getting it shut down.”

Many of the fake page’s posts are rather problematic, such as one created on 25 September vowing to give away free burgers to those who have been vaccinated against Covid-19.

Props for consistently reiterating their no mask, no entry policy, though.

Whether it be the fast food giant’s R2 donation campaign, or just taking a dig at their menu items, the admin on the fake page appears to have some beef with them.

The account started out innocent enough, until it began poking fun at other cultures.

But the last straw, when the fake Chicken Licken account was finally exposed, was the racist post that read: “Coloureds this is for you because you don’t have teeth to chew bones… Just monyamonya and swallow…”

The picture then has a text reading “No bones. No problem.”

Realising the outrage and subsequent threat of being shut down, the fake account then tries its hand at a parody-ridden apology – apparently without reading the room.

The “apology” is ridden with more racist rhetoric.

Then, just a few hours later, another “apology” is posted, asking what the problem was. More racist language is used.