What? Holomisa’s ‘message of encouragement’ to Zuma confuses readers

The UDM leader has slammed government and its institutions' apparent selective amnesia when putting people on trial. 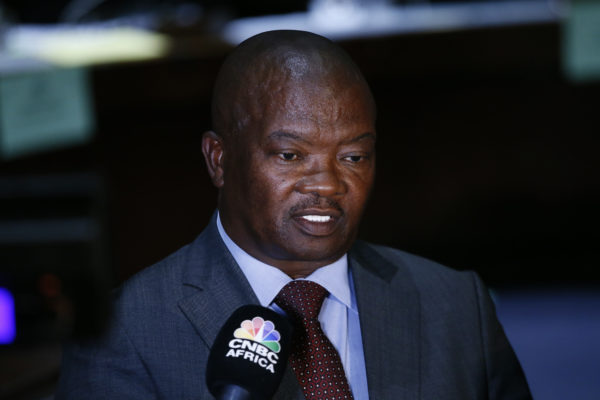 United Democratic Movement (UDM) president Bantu Holomisa on Thursday penned a message of encouragement to former president Jacob Zuma that has left those who read it in a state of confusion.

In the letter, the UDM leader thanks the former president for the invitation to join his National Welcome Prayer held at the People’s Park near Moses Mabhida Stadium in eThekwini today, and also welcomes Zuma back to society, “though you are not yet enjoying full freedom”.

Holomisa further slammed the government and its institutions’ apparent selective amnesia when putting people on trial, seemingly joining those who have criticised the Constitutional Court for sending Zuma to prison without a trial.

“Even-handedness and fairness seem to have disappeared into thin air as the same rules do not seem to apply to everyone.”

Holomisa went on to talk about the effects corruption has had on the people of South Africa and then seemed to oppose sentiments that the Commission of Inquiry into Allegations of State Capture was meant to target the former president.
“South Africans deserve better as corruption has made our economy suffer; people are consequently unemployed, and others have lost, and are losing, their jobs,” wrote Holomisa.

“At the start it was made as if the Zondo Commission of Inquiry was all about you, but we have come to learn so much more since then. As it turns out, many people must answer serious questions about their deeds. That said, we hope for the best for your future and for that of your loved ones.”

Apart from the wrong date, the short statement, shared on the UDM’s official Twitter page, left readers confused as they asked what exactly Holomisa was saying.

‘Enemies want to reduce ANC to a small organisation’

During his virtual address at the event today, Zuma slammed enemies and opponents who sought to reduce the ruling party into a small organisation that can only rule through coalitions.

Zuma said South Africans should not mistake the behaviour of the incumbent leadership to be that of the ANC, urging them to vote for the liberation movement.

“They have continued to undermine the strength of the ANC, also from within its ranks. They have planted and continue to sponsor their own agents in the ANC ranks, particularly at leadership level. What we thought ended in 1994, of people recruited by our enemies, make them spies, we thought it had ended, it did not end. It continued. Indeed, our opponents and enemies want to reduce the ANC to a small organisation, an organisation that we cannot rely o, and change our languages, even to a point that when we are angry we say it is the ANC when it is individuals that make others angry. Our opponents and enemies have been working very hard to reduce the ANC into a small organisation that can form government with coalitions, not with a majority that can change South Africa.”

Zuma not under house arrest, so butt out, says daughter
3 days ago
3 days ago

Zuma not under house arrest, so butt out, says daughter
3 days ago
3 days ago