From selfie stupidity to a politician who has gone to pot... Your weekly roundup of offbeat stories from around the world. 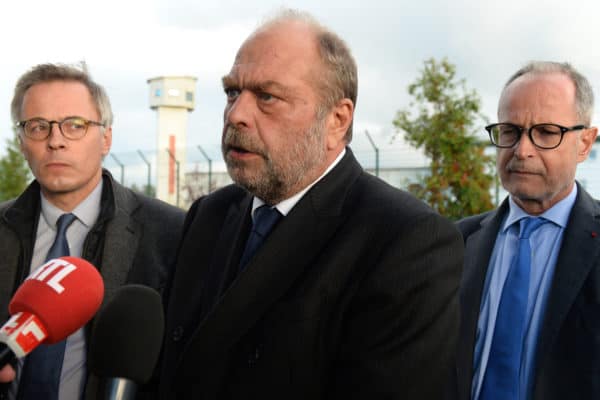 Selfie culture strikes again. An American woman who got too close and personal with a grizzly bear and her cubs for a photo has been jailed for four days.

Samantha Dehring, 25, got within a few feet of the enormous animal in Yellowstone National Park, the mythical home of cartoon character Yogi bear.

But unlike other victims of an Instagramable moment on the top of cliffs, Dehring lived to tell the tale.

“Approaching a sow grizzly with cubs is absolutely foolish,” said Wyoming prosecutor Bob Murray. It was “pure luck… Dehring is a criminal defendant and not a mauled tourist.”

Who says politicians are remote and irrelevant these days? Not so in France where police arrested a man whose drug-filled car included a statue of Justice Minister Eric Dupond-Moretti made from cannabis.

Wags have interpreted this as a homage to the lawyer, a fierce opponent of legalising the drug — just like the country’s drug dealers.

The big beasts of the US Senate often have recourse to stimulants for debates that go on long into the night. And indeed they get them for free in the form of sweets straight from the chamber’s official “candy desk”.

Senators can of course never be bought but they can and do accept sweeteners in the form of chocolates and the like if they share them out.

Australian firefighters closed down a part of the capital Canberra for an hour looking for a gas leak only to find the smell was coming from a durian fruit.

The “King of Fruits” is loved by many in Southeast Asia for its bittersweet flavours and creamy texture but is often banned from public transport because of its penetrating aroma that has been compared to “raw sewage, rotting flesh and smelly gym socks”, or a mix of all three.

An elk that spent at least two years wandering the Colorado wilderness with a tyre around its neck is finally free of the encumbrance.

The buck had to be sedated for wildlife officers to cut the tyre from its antlers. It is far from unusual.

A thought for the inhabitants of the French village of  Saint-Quentin-la-Motte-Croix-au-Bailly, who no longer feel themselves after a brush with French bureaucracy.

They can’t get new identity cards because the name of their village is too long… A rather brutal temporary solution has been found, cutting Saint-Quentin-la-Motte-Croix-au-Bailly back by 15 letters.