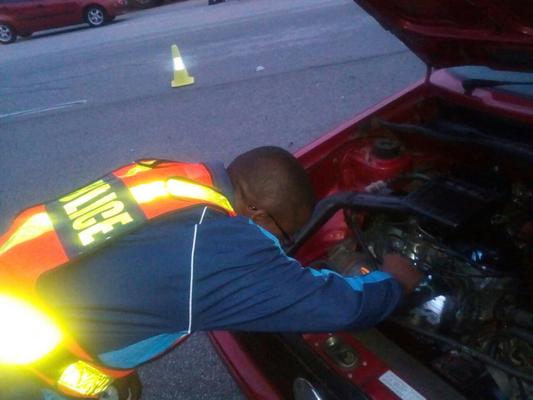 Police search a vehicle on the N2 near Stormsriver as part of Operation Fiela. Image: SAPS

Eastern Cape police said on Friday they have issued 42 traffic fines near Stormsriver along the N2 during the ongoing crime sweep Operation Fiela.

Police spokesperson, Sergeant Majola Nkohli said fines to a total value of R30,600 were issued on Thursday night and 797 vehicles and their occupants searched.

“This operation had positive spin offs, even though it was raining at the time, but there were no reported motor vehicle accidents on the N2 stretch that falls under Humansdorp”