Local socialite Nonhlanhla Qwabe, aka ‘Skolopad’, has braaied and eaten the boerewors which she wore to the 2017 Feather Awards last week. 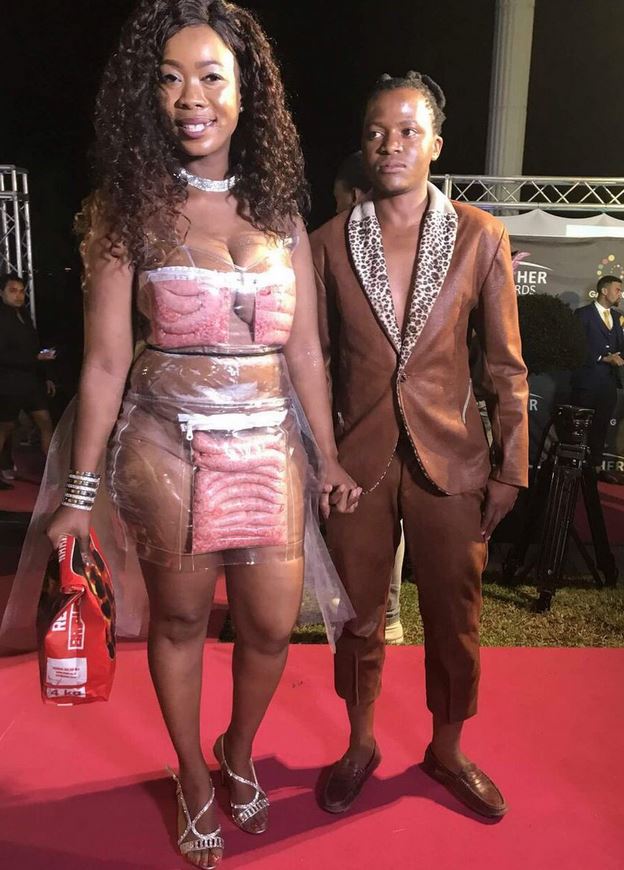 Since we first came to know her in March of this year, when she made a splashy appearance at the Metro FM Music Awards in a thigh-baring dress, she has never failed to make an impression at awards shows and the Feathers were no different.

Skolopad showed up wearing a largely see-through outfit that covered her private parts with boerewors. Lady Gaga’s infamous meat dress in 2010 had nothing on Skolopad’s wors-inspired outfit, especially because the South African celebrity refused to let the meat go to waste.

When asked what inspired her outfit on the night, Skolopad told Jacaranda FM:

“People have been saying beef, I don’t have beef, I like wors and after this [ceremony] siyabraya (we are going to braai)”

True to her word, Skolopad changed into a second outfit shortly after walking the Feather Awards red carpet, and she preserved the wors in a coolerbox.

A few days later, she braaied the meat with her family.