WATCH: Eish, there’s a lion on my stoep

Hoedspruit resident, David de Beer recently found a pride of lions on his front porch and shared the videos on social media. 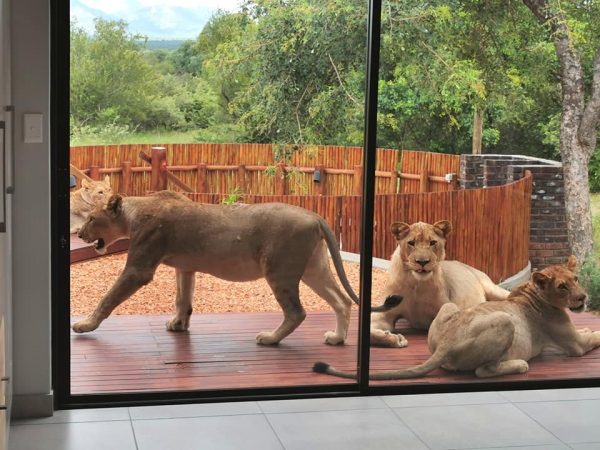 David de Beer got more than he bargained for when he visited his father's Hoedspruit house to find some unwanted guests. Picture: David de Beer/Facebook

What would you do if you opened the door to your front porch and found a pride of lions hanging out?

Hoedspruit resident, David de Beer, recently found himself in a peculiar position when he opened the door to the porch at his father’s property at Leadwood Estate and found several lions lazing about.

Six lions can be seen in the video and one was also spotted in the boma area.

“So we arrive at my Father’s house (that’s for sale) on Leadwood Estate today only to find someone has already moved in,” De Beer said in a Facebook post.

This article first appeared on Polokwane Review and has been republished with permission.