The clip shows a naked woman walking past Inkosi Xolile Ndevu while he took part in a meeting of the committee on cooperative governance. 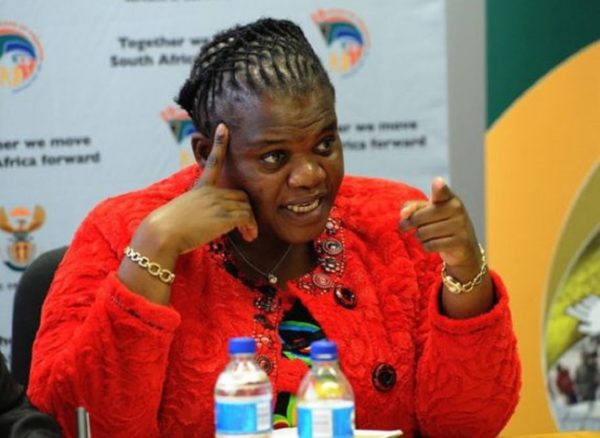 The chairperson of parliament’s oversight committee on local government, Faith Muthambi, on Wednesday said she had noted with regret footage trending on social media of a naked woman appearing behind a member of the National House of Traditional Leaders who was participating in a virtual committee meeting on Tuesday evening.

Muthambi said she was outraged by the incident and distanced the portfolio committee on cooperative governance and traditional affairs from the video. She said the woman was not part of the meeting between the committee and the House.

“She was in the same room the participant in the meeting was. We regret and condemn the incident in the strongest terms,” Muthambi said in a statement.

The clip that has gone viral shows a woman walking past Inkosi Xolile Ndevu while he took part in a meeting of the committee to discuss the death of initiates at initiation schools, among other issues.

The woman shocked many MPs attending the meeting, with Muthambi reprimanding Ndevu for the incident.

“The person behind you is not properly dressed, we are seeing everything. Did you tell them you’re in a meeting? This is very disturbing what we are seeing,” Muthambi can be heard saying in the clip.

The chair also said this was not the first time MPs had been exposed to such scenes from Ndevu.

“It’s not happening for the first time. Whenever we meet with you as the House, we see these unruly pictures. You are live on national television,” she said.

Ndevu later apologised for the incident.

Muthambi said from the outset she had urged participants in a virtual meeting to ensure their computer screens show acceptable backgrounds behind them.

“It is regrettable that this kind of footage, which is embarrassing the committee, happens for the second time in meetings between the committee and the NHTL. I am going to engage with the leadership of the NHTL,” she said.