The response provided by Nando's relating to the debate, in which a politician was told her experience of racism was 'unimportant', did not satisfy Twitter. 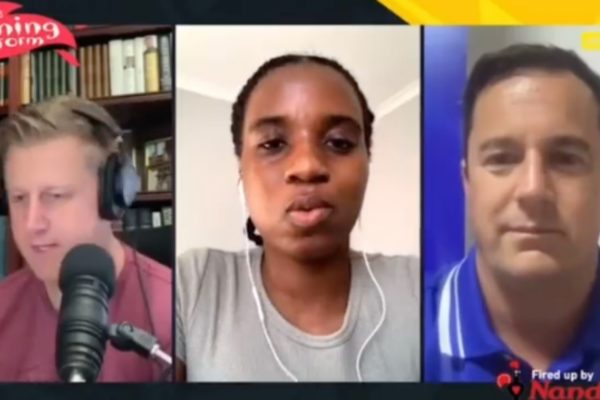 A video that emerged on social media from Nandos’ panel discussion on The Burning Platform on Thursday has finally received a response from the restaurant franchise – but one not quite strong enough, if Twitter comments are anything to go by.

In the debate, Gareth Cliff told One South Africa Movement member Mudzuli Rakhivhane that her personal experience of racism is “completely unimportant to all of us”.

They were eventually taken down.

In the debate, Cliff said the Institute of Race Relations had shown “endless reports of people who say that racism is at the bottom of their list of priorities.”.

When Rakhivhane replied by saying “they obviously don’t experience the type of racism I experience on a daily basis”, Cliff said: “Your personal experience is completely anecdotal and unimportant to all of us, sorry.”

In a two-tweet thread posted late on Friday night, Nandos responded to the debate and subsequent dismayed responses.

“We know that you know what happened in the exchange between the panelists on The Burning Platform on 21st October 2021. We are a proudly South African brand that takes the right to freedom of speech very seriously.

“We do not, and will never, invalidate anyone’s experiences of condone racism in any form.

“We are taking this serious matter under review.”

Some slammed Nandos for taking too long to respond to the matter, while others questioned what had to be reviewed.

“Gareth did not mince his words, nor did he stutter. He said it with his chest. What are you reviewing…which part was not clear?”, one Twitter user said.