The results are in: Does Mercedes-AMG GLE 63 S beat BMW X5 M? In typical AMG fashion, the GLE 63 S is not ashamed to show which family it comes from.

A couple of weeks ago, Mercedes-AMG unleashed a barrage of SUVs with its sights fixed squarely on its great rival BMW.

The fastest 0 to 100 km/h sprint time ever clocked by an SUV by The Citizen’s Road Test Editor Mark Jones was BMW’s X5 M Competition which recorded 3.82 sec at Gerotek in February this year. With a claimed sprint time of 3.8 sec, the best weapon to combat this impressive time in Affalterbach’s new artillery is the GLE 63 S, as direct a rival to the X5 M competition as you can wish for.

While the Coupe version of this model is deemed to be more dynamic through corners, the GLE 63 S in traditional SUV guise held a slight edge over its Coupe sibling in a straight line during the AMG launch at Gerotek’s facilities. While this observation is not based on actual mathematics, it was unanimously agreed that SUV is the preferred AMG candidate to challenge the X5 M Competition’s time.

With a claimed time of 3.8 sec, incidentally exactly similar to the GLE 63 S Coupe, this highly-anticipated dogfight had all the makings of a proper classic. Did it manage to beat the X5 M Competition’s sprint time? The short answer is no, but as we’ll explain, this doesn’t mean the Merc is a slower car.

What the comparative times indicate is that the GLE is slower off the mark – more specifically over the first 40 meters – than the X5 and has to play catch up throughout. That it does ever so slightly and by the time its crosses the one kilometer mark, it has closed the gap on the BMW to a mere 0.14sec, which isn’t even half a car length. And after that … well you would have to take a guess as we ran out of road.

In essence, our whole “drag race” was decided at the very start and for that there is an easy explanation. The GLE 63 S does not have proper launch control and the X5 M Competition does, which enables it to get away faster.

You can try and attempt a DIY launch and figure out when is the perfect time to release the GLE’s brake, but that is just not being mechanically sympathetic towards this otherwise magnificent piece of machinery. You surely do not want to do that day in day out with this car and neither do the Affalterbach engineers want you to, which probably explains the lack of launch control. 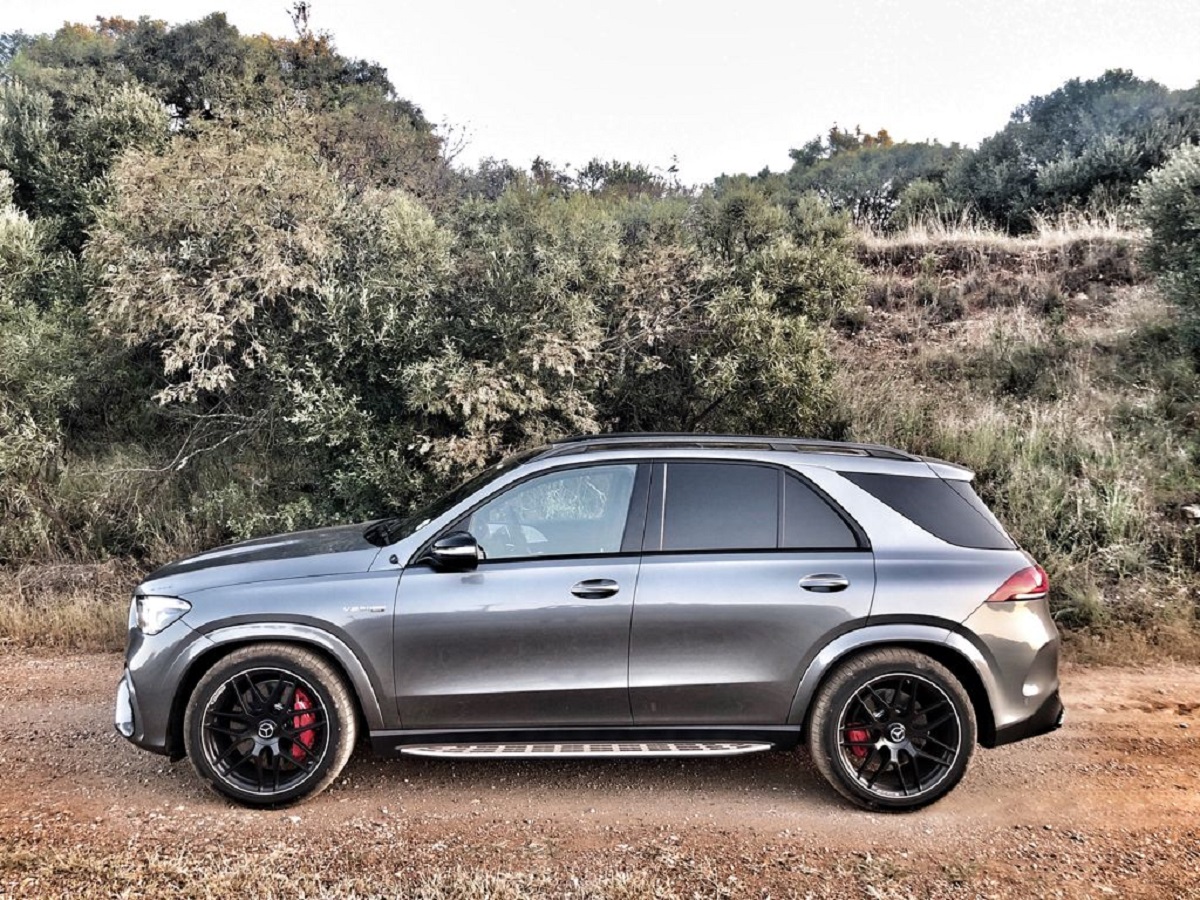 The powerful electric motor also supplies the 48-volt on-board electrical system to use as a power generator and perform hybrid functions. These include boost, recuperate, load point shift, gliding and the restarting of the engine.

Stopping power on the GLE 63 S is second to none. It features 400 x 38 mm brake discs at the front and 370 x 32 mm discs at the rear as standard with a high-performance ceramic brake system available as an optional extra. Should you wish to take your fancy wheels off the tarmac, Trail and Sand mode can be selected which raises the suspension by 55 mm to increase ground clearance on poor surfaces. Inside the cabin, the GLE 63 S features everything you would expect from a large premium SUV with a specification list just too damn long to mention. There is everything from exclusive Nappa Leather, widescreen cockpit, ambient lightning to MBUX control with real-time navigation.

Standard safety is top notch with the optional Drivers Assistance and Driver Assistance Plus packages including the most high-tech features in the automotive world today.

If you are going to wonder which one we prefer, the GLE 63 S or the X5 M Competition, we’d have to disappoint you. These two cars match each other blow for blow in almost every department to such an extent that it is virtually impossible to favour one over the other. If the GLE was able to get off the line better there would have been even less to choose between the two as their comparative times would probably have been almost inseparable.

For those fortunate enough to splash around R3 million on an SUV, it will come down to personal preference. And no matter which one  the lucky bugger chooses, it will be a damn fine choice.