A career in music was inevitable for Robert DeLong. The American electronic artist, who recently toured South Africa, grew up in Bothell, Washington with his father, a drummer, inspiring a passion for the art form. 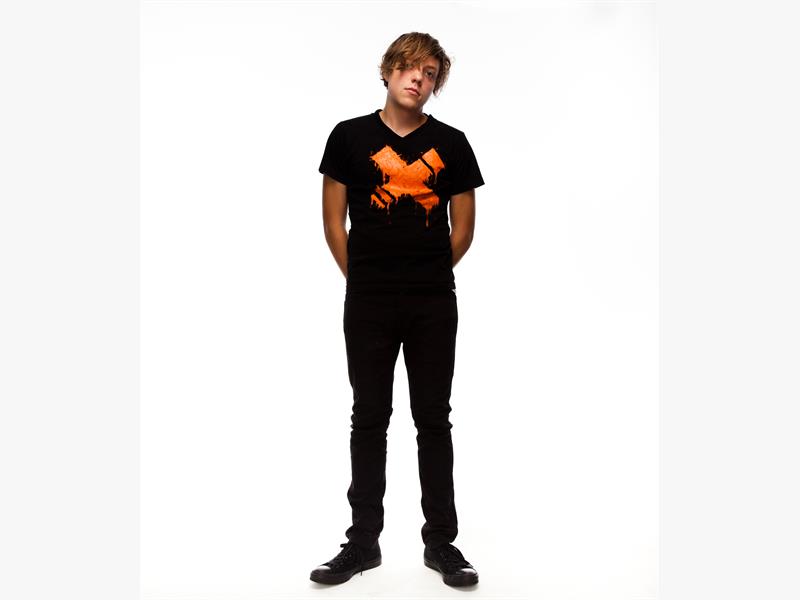 One instrument wasn’t enough to satisfy DeLong’s enthusiasm, though, and so he progressed from drums to keyboard, guitar and vocals. After mastering each individual instrument, DeLong still wasn’t pleased and thus began playing the different instruments in harmonious succession.

The 27-year-old modestly comments, “I don’t feel like I’ve mastered anything yet and will ne-ver, but I have been playing music since I was ten. That’s enough for me. And the fact that people like it is a bonus.”

As a child, DeLong started off listening to contemporary jazz (mainly The Rippingtons and Pat Metheny), moving into pop-punk in high school, then indie and folk, which together influenced the electronic sound he is known for today.

“My history as a rock and jazz drummer has influenced my harmonic and rhythmic sense greatly,” he says.  “All electronic music is an outgrowth of rock, disco, and early electro, though I have always tried to maintain an eclectic taste in music.”

Watching as DeLong manoeuvres between different controllers and instruments to produce enjoyable dance grooves is breathtaking. “I use a number of acoustic instruments including a drum set and a guitar, as well as instruments like Wii-remotes and joysticks,” DeLong says.

“Some of them I made from old arcade game buttons. I have software that converts any sort of joystick or mouse into a MIDI controller, he says.

“These help me to mash them super-fast and produce a variety of sounds.” This idea, however, is not to be confused with multitasking. “I just line up a series of complicated tasks very close together in time,” DeLong laughs.

DeLong offers a dynamic electronic experience combined with folky pop and dance rhythms and some rock and roll beats. Man-handling his controllers without hesitation, DeLong makes a beautiful racket. He brings a fresh and creative sound to audiences.