It's often said that it's hard to hear someone's accent when they're singing in English. This was not true for Idols SA judge Somizi Mhlongo after he heard Siphelele Ngcobo sing Lionel Richie’s Oscar-winning hit Say You, Say Me. In fact, the flamboyant judge shouted: “No more English!” and advised the 24-year-old Durbanite to stick to singing in vernacular languages for the rest of the competition – something fellow judge Unathi Msengana disagreed with.

“How dare we tell him not to try?” she said adamantly to her fellow judge. “Why must he limit himself?” Ngcobo is in the middle of a rehearsal for his next Idols SA performance, but I manage to pull him away for a quick chat during lunch.

So whose advice is he going to take? He laughs shyly. “I was so confused by the judges this week. When I performed Thandiswa Mazwai’s song last week, they said I should show them that I am not a one-trick pony. Now Somizi says I should only sing in vernac?”

While he’s impressed viewers with proudly South African song choices, which include Zahara’s Loliwe and Lira’s Soul In Mind, he says he will be diversifying his song choices singing in both vernacular languages and English, as well as songs from international artists.

“Singing in Xhosa or Zulu might get me further in the competition, but I’m thinking beyond the competition. I want to keep challenging myself and prove I’m also in touch with what is happening with music in the international space.”

Ngcobo says he doesn’t let the public’s negative opinions about his performances get him down. “On Idols, people will either love you or hate you – based on that night’s performance, so I know it’s not personal and I also have the opportunity to change their minds with my next performance.”

Next week’s Idols SA theme is “Show stopper”. The contestants will try to impress the judges with a performance that includes bold dance moves and memorable voices. 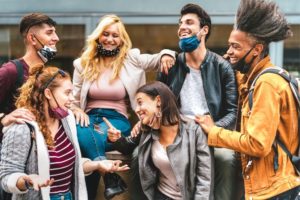 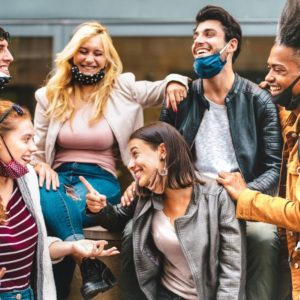 From 'vax-hole' to 'covidiot', here's a guide to the language of Corona
2 days ago
2 days ago

From 'vax-hole' to 'covidiot', here's a guide to the language of Corona
2 days ago
2 days ago