The importance of adolescent development

Let’s face it; many schools don’t offer physical training and if they do, more than likely the PT teacher sees the lesson as a chance to relax or for the kids to run aimlessly for an hour. It’s no secret that children are spending more time with a cellphone in hand, or in front of a television or portable game station screen, than ever before.

Cellphones, in particular, dominate the lives of most children in this day and age. According to Dr. David Greenfield, an assistant Clinical Professor of Psychiatry at the University Of Connecticut’s School Of Medicine, children (and adults) develop an attachment to their technical devices that show similarities to other addictions involving a dysregulation of dopamine. Dopamine is a neurotransmitter responsible for the brain’s reward center. Basically, it motivates people to take action because they believe they will be rewarded for it.

For example, getting a dog to roll over as a trick because he knows he is going to be rewarded with a treat.

Each time your phone receives a message, your dopamine levels increase because your brain thinks it could be something important. When it is not important, your brain will keep thinking the next message might be important, and so the cycle of addiction continues. When you do receive that text from your potential “new girlfriend”, your body and brain lights up like a Christmas tree on drugs and then your body is on standby, waiting for the next “most important” message to arrive.

The fact that cellphones are dominating so many adolescent lives could be setting them up for future medical problems, according to a research paper published in the February 2018 edition of the British Journal of Sports Medicine.

The study took 295 schoolchildren aged 8 to 10 years and examined their bone density and muscle health. Researchers Peter Krustrup and assistant Professor Malte Nejst Larsen from the University of Copenhagen compared the effects of normal PE classes with children who had intense exercise on the timetable for two hours a week in ball games, circuit training which consisted of gymnastics and strength exercises using their body weight.

The 10-month long research found that children who played in a small sided ball game or did circuit training 3 x 40 minutes a week increased their muscular strength by 10%, balance by 15% and astonishingly their bone density increased by 45% more than the control group who just did normal PE classes.

This research is important because starting the right type of training for young athletes helps to increase their bone density, balance and stability, which can limit the onset of osteoarthrosis in later years; according to the same study.

Science is moving towards preventative medicine. This means that they are finding real ways to combat the onset of illnesses that occur frequently, and this can include corrective measures from a young age. This is just one example of what parents and schools can do to put their young stars on the right path for future mental and physical health. 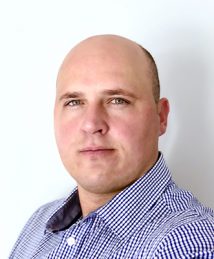 Sean Van Staden is the proud husband of an amazing woman and mom and the ‘Daddy Pig’ – (thank you Pepper Pig for brainwashing my children, in a good way) of two little Gremlins, Jordan and Haylee who are fast approaching three and four years of age.  In his quest to give his children the tools to succeed, Sean’s blog tackles topics of nutrition, physical development, exercise, mental toughness, building confidence, self-esteem, sport, wellness and just about anything that will help his children and hopefully yours, grow in the right direction.

You can find Sean at ASP – Sports Science