The private sector will be encouraged to procure locally produced goods to grow a labour-absorbing and inclusive economy. 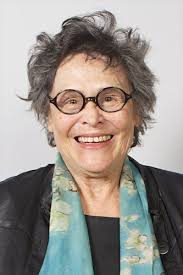 The chairperson of the portfolio committee on Trade and Industry, Joanmariae Louise Fubbs, has called for localisation to create a more inclusive economy.

The ANC MP was speaking in parliament today during the debate on President Cyril Ramaphosa’s State of the Nation Address.

“The reconstruction of South Africa’s industrial capacity is essential, and manufacturing has been identified as the critical instrument to drive the industrial policy action plan,” Fubbs said.

This, she said, could be achieved through localisation and local procurement, through enabling legislation and strategic designations.

Fubbs said poverty, unemployment (which she said was at 26.7% as of December 2017, according to Statistics SA)  and inequality can be addressed through “increased labour-absorbing economic growth”.

To create this growth, the commitment to work as a collective from all sectors of the economy, including the public and private sector, is key, she added.

Fubbs said the manufacturing sector has the largest multiplying effect of all sectors in the economy, which means that every R1 of investment totals R1.13 in real value.

“Between September and December 2017, 1.8 million people were employed in this sector,” she said, adding that the sector added 13.7% to the country’s GDP.

“But in recent years due to domestic and international issues, South Africa has experienced slow growth, so the government has seen the need to stimulate the sector with domestic demand, leveraging government expenditure through the local procurement policy,” she said.

The MP added that one of the country’s resources is its buying power through government expenditure, which the local procurement policy aims to establish and capitalize on.

She said a strong domestic demand for local products will ensure that all local manufacturers are invigorated through supplying local demand and developing competitiveness for entering the export market.

“So goods produced in South Africa, never let us forget this, create jobs and more jobs, so we are using yet another very sharp instrument, namely designations in local procurement,” Fubbs said.

She said local public procurement focuses on goods that the government acquires, mostly to deliver services.

Fubbs said all levels of government, from national to local, and all state departments must be committed to procuring local goods.

She said Ramaphosa’s government will ensure that all tenders in State Owned Enterprises are specific on locally manufactured goods, with prescribed minimum thresholds.

However, the government does not want to take a hard line on implementing this policy because it believes all stakeholders will do so willingly.

“The organ of state can cancel the contract if there is non-compliance, never let us forget that.  The public procurement bill that is now being led by national treasury is going to tackle the area of non-compliance,” she said.

“We are going to persuade the private sector that it is in their own interest to increase their profits and to actually pursue our own retailers and manufacturers and buy local,” she said.

She said through the Public Management Finances Act of 1999 at the national level, the supply chain management at both national and provincial level and the municipal act provide the framework for incentives for the private sector.

“The black industrialist programme is going along a long way in accelerating radical economic transformation and changing the ownership patterns of the country’s economy and ensuring that black industrialist are not simply confetti but play a meaningful role in the manufacturing sector.”

She said R500 million has already been spent on those incentives, with 30 black industrialists being beneficiaries to date.

Fubbs said focusing on tourism, a labour intensive sector, would create numerous opportunities in the SMMEs with 7 000 direct jobs which can be doubled.

She said the country will step up security measures in terms of visa requirements, which is a resolution taken at the ANC conference.