“He was found guilty. The week before the sentencing date, he committed suicide in prison,” said Pillay.

Recently LDAC, the MMC of Community Development, Margaret Arnolds, City Parks, and Talla’s family came together to create a safer space in the community.

Regional Manager of City Parks, Vuyo Nkomo, and her team were up early removing illegal dumping, and cutting grass in an open area in Mapelaberg Road. MMC Arnolds said: “This land does not belong to the City of Johannesburg (COJ), so we cannot commit ourselves to create a park here, today we are helping with cleaning the area, however, we have identified a space that belongs to us, corner of Mapelaberg and Belaleberg that we would like to create a park in remembrance of Shaynice.

We would like to pass it in Council, go through the correct procedures with the City so that we can create the park in that area. Crime thrives in such spaces so this clean-up is to just create a safer space.”

A non-profit organisation called Victory Outreach also assisted with part of the clean-up.
Reyhanna Pitt, who is an aunt of Shaynice shared: “This area is not a safe space, there’s a lot of illegal dumping, people walking through these bushes, you really can’t see who is hiding behind these bushes. Aunts; Connie Cloete and Reyhanna Pitt placing the flowers at the crime scene.

“It’s also not a safe space for children to play in.

“There are no words that can describe how grateful we are to the community for doing this for her and for them always keeping her in their memory.

“She was a little angel and to go through what she did was just horrible. We are so grateful knowing that the community still keeps us all in their hearts.” City Parks removing all the illegal dumping from the area.

The group took a walk up to where little Shaynice’s body was found. It was an emotional few minutes as it was the first time some relatives went to the area since the body was found.

Another aunt of the deceased, Connie Cloete broke down as she remembered finding her niece’s lifeless body covered with a mat in the drain.

The group put flowers down and shared a few words. Pillay: “There’s just this little gap where there’s no closure that could take place so the little things that we are doing is keeping our promise that we made at her funeral, that no other child in our community will go through what she has gone through. We will create a safer space for our children.” This is the drain where little Shaynice’s lifeless body was found.

Today, the MMC of Community Development is the one who is able to assist us in creating a safer space for our children and also in her memory for the family, it is something tangible to know that her memory continues to live on.

This has been a two-and-a-half-year journey that will continue, and we are not just saying things but we are putting our words into action.”

Cloete mentioned that Shaynice would have turned 7 years old on July 23. The team hopes that the next time they work on a space, it will be the Park in remembrance of little Shaynice Talla. 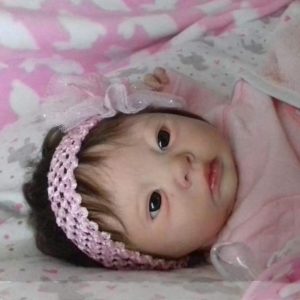