Every parent has that one moment that they are not the proudest of, but some are funnier than others. 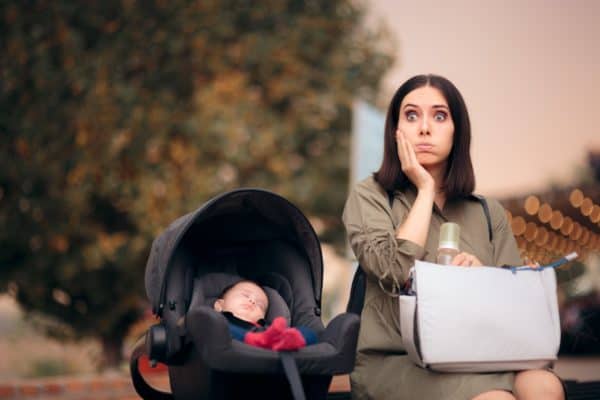 These funny parenting fails remind some parents that theirs aren't so bad. Image: iStock

How many times has your kid rolled off the bed and you did not notice? How many people did you tell about it?

Some parents have the privilege of keeping their parenting fails private, while some are lucky or unlucky enough to catch it on camera.

Trying to be a cool parent for your kids is all good and fair, but unfortunately, it does not end well for everyone.

Joining them on the slide, playing their favourite sport or just trying to be an all-round cool parent can sometimes cost you, but give those around you a good laugh.

Here is a video shared on the Tyla Facebook page on the best parenting fails.

Children understand the language of play more than anything else. To relate to them better, parents attempt to get in touch with their inner child. As you get older, you are not as small, energetic, and as quick as you used to be in your younger days.

This is why kids will hear “in my days” from their parents more often than not.

ALSO SEE: WATCH: A few reasons why parenting is an extreme sport

So, getting on a three-wheeler to go on a ride with your kids might not be as successful as you think it could be in your head. With a few added kgs, one becomes slower than usual.

Some attempts to be a cool and involved parent end badly for the kid. Like the one pushed to a fall, or the kid riding down a steep hill with no way to stop.

Some ‘cool parent’ decisions may be reckless, but dads specialise in these a lot more than moms. Dads are a lot more adventurous than moms, which means they are a lot less cautious, which results in some classic parenting fails.

Either way, the fails are still fun for kids except getting car doors smashed in their faces.

Parents can still get an ‘e’ for effort.