South African working moms share their tips for business success after years of trying to define what it means for them. 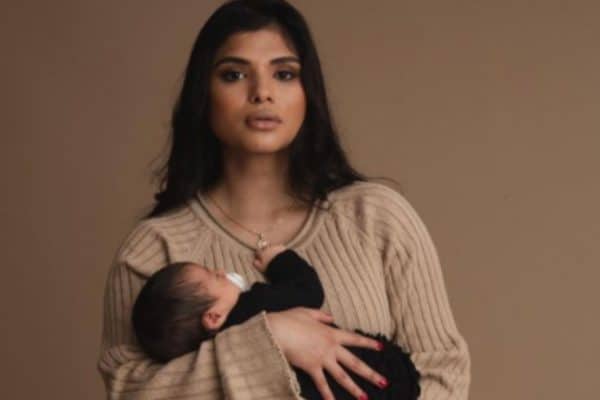 The concept of working moms has become such a normal part of society that there is even a hit Netflix show about it.

Despite how normalised the concept of being a mom with a full-time career has become, it should be noted that being a working mom is hard, and many often struggle to find that elusive balance between work and motherhood.

Add to that the pressure to become a major success in your chosen field of work all while giving back to communities in need and you have moms ready to buckle under pressure.

We recently spoke to a wide range of South African working moms to find out how they make it work and what their tips for success are.

“My mom always told me that whatever I want is mine; I just need to take it,” said influencer, content creator and mom of two, Aisha Baker.

Baker has evolved into one of South Africa’s first fashion bloggers and she did so long before influencers became essential to the marketing business.

In addition to building her brand, she managed to fall in love, get married and start a family and she shows no signs of slowing down as she is currently nurturing yet another baby; a clothing line called Baked Collection.

“I saved for five years before embarking on production. I wanted to self-fund the business and not start off with a loan that could place pressure on my first business, Baked Online,” explained the working mom.

And despite having that plan in place, her business is not without its own challenges, chief among them is managing cash flow.

“For us, success is satisfying our customers and inspiring and providing positive energy to the women who wear our clothes,” explained Baker in reference to her entire team.

According to a recent survey by PayJustNow on challenges and success in business, managing cash flow is one of the main challenges facing small businesses with 50% of respondents identifying it as a key concern.

“It doesn’t matter if you don’t have a lot of money or resources,” said founder of IntrinsiCurly Me, Simonne Solarsh.

“As a woman in business that’s driven to empower other women, I want to communicate that you can become successful — whatever that may mean to you – by being resourceful and making the most of what you have,” she added.

For Solarsh, who heads a company that manufactures a range of products for curly hair, becoming successful meant making a difference in how people saw themselves — a motto she lives by, too.

“How you perceive yourself is what you become. I believe that if you have a positive perception of yourself, you’re more likely to make magic happen and achieve your goals, just like I have.”

IntrinsiCurly Me was born from the desperation and bias she experienced with “unruly” hair that could not be tamed by the available products.

“Even salon professional ranges didn’t seem to work on my hair,” she lamented, before adding, “I love my curls and being able to produce products that celebrated my natural texture and gave me confidence was something I had to share with the world.”

Among the challenged faced in her journey to making IntrisiCurly Me products a reality, Solarsh listed obstacles such as “being fired” as a customer by the factory she had approached to manufacture the products.

“I kept telling them what I envisioned and they were just not getting it right,” she recalled.

“They were convinced it could not be done and told me to find a different factory, but I refused to start from scratch and eventually wore them down.”

Two other working moms, Brigitte Hirsch of Tigerlilly Activewear and Alexandra Fraser of BENA Woman, also admit to knowing these struggles all too well.

Hirsch and Fraser’s businesses are both hailed as direct solutions to gaps in the market – the former for activewear for younger children and the latter for luxurious, yet classic, sleep and loungewear.

“When my daughter started ballet classes at four years old, there were no stores that sold dance or activewear along the Garden Route where we stayed. I was itching to do something creative and so Tigerlilly Dancewear [the first iteration of the business] emerged,” explained Hirsch.

She added that it was this constant drive for creativity that placed meaning into her notion of success.

BENA Woman, on the other hand, began as a pet project to create classic, well-made pyjamas for herself and her daughter.

“I fell in love with the piped, button-up PJs my omi [granny] from Barcelona was always wearing” said Fraser.

“The first time I thought BENA was a success was when we began turning a profit after many years of hard work and tears. Now that we’ve ticked the profit box, success lies in being able to employ wonderful staff who can support their families on a BENA salary, having engaging meetings with my team, receiving emails from customers who are thrilled with their purchases and, most importantly, being able to bounce out of bed excited for my BENA day ahead,” she added.

While Hirsch and Fraser created a solution to a gap within their industry, Marian Nel of Mally Bags was looking to fulfil a more personal goal — finding an outlet for the passion and drive she had as a young woman in a small Karoo town with very few career prospects.

“Mally Bags essentially began as a hobby 12 years ago,” she said.

“I’ve loved handbags ever since receiving my grandmother’s vintage bags as a youngster. Since my first creation, I’ve designed a new bag for every stage of my life, including the first leather baby bag when I fell pregnant.”

Nel believes that success comes from listening to what your consumers want and then delivering on that twofold.

“Success really is a journey, not a destination. Every milestone I’ve been through with Mally Bags has allowed the business to move forward, but I could never have done it without my team who are often more suited to tackle tasks or projects that I don’t have the professional skills for.”

According to Matthee, the major driving force behind starting her own business was to create employment opportunities.

“Accepting help from others and building a team that is much better at the tasks than you are is a key element to success. The other is the courage to put a creative idea out into the world and having the determination to see it through the dark and light times.”

For Your Beauty Box owner Karonn Naidoo, the path to a successful business was as simple as it gets.

“I really just needed to generate an income,” she explained.

However, she managed to pair that need with her passion for skincare, cultivating a following for Korean beauty (also known as K-beauty) products and a community of women motivated by a shared outlook of authenticity.

“Since that first need to start the business, success for me has become more multifaceted and now includes being able to inspire the women who shop at Your Beauty Box. I no longer believe there’s a destination called success; instead, it’s always evolving and changing. You just need to constantly be humbled by the challenges you encounter.”

“You can’t be afraid to fail in trying to achieve your version of success. The only way you’ll learn your business is by making mistakes.”