Harry is a ‘proud papa’ as Lilibet learns to walk

Harry told People Magazine that Lilibet's "priorities are trying to keep up with her brother" after she took her first steps a few days ago. 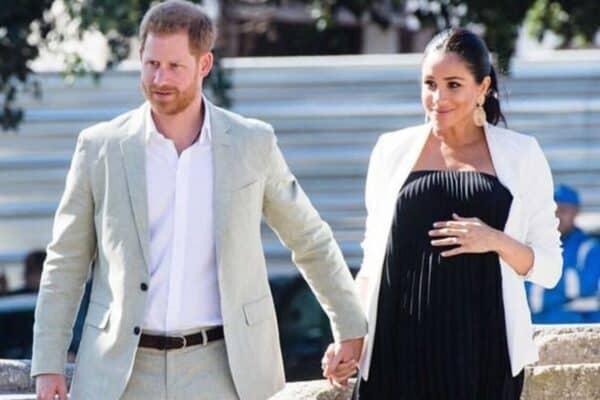 During a recent press blitz, Prince Harry shared that his 10-month old baby girl, Lilibet, has taken her first steps.

According to the British Royal, he believes she was motivated by her desire to keep up with her two-year-old brother, Archie.

“Her priorities are trying to keep up with her brother; she took her first step just a few days ago! Proud papa here,” Harry told People Magazine.

According to Bang Showbiz Harry and his wife Meghan are currently in the Netherlands for the Invictus Games and told the press they can’t wait to bring their children back to witness the games.

The Invictus Games are an adaptive sports competition for service personnel and veterans.

As someone with experience in the military, Harry has said that he explained the nature of his games to his son.

“I showed him how some were missing legs and explained that some had invisible injuries too. Not because he asked but I wanted to tell him,” added Harry.

“Being a dad certainly adds another emotional layer to it. When I was in the army, I promised myself I would be out before having a wife and kids because I couldn’t imagine the heartache of being apart for so long during deployment the risk of getting injured, and the reality that my family’s lives could be forever changed if that happened,” he added.

He went on to add that every member of the Invictus community has experienced those things to some degree and added that he has “tremendous respect” for what they and their families have sacrificed in the name of service.

According to US Weekly, the Queen travelled from Windsor Castle to her Sandringham Estate ahead of her birthday to spend her birthday there “privately”.

Speaking to The Mirror, a source close to the Queen revealed that her decision to spend her birthday at her Country Estate is somewhat of a tribute to her late husband, Prince Philip who took his last breath at Sandringham Estate a year ago at the age of 99.

The source said the Queen wished to celebrate her special day near her husband and in an environment that meant the world to the both of them.

“The Queen decided very recently that on her birthday she wanted to be as close as possible to her late husband and in an environment that was very close to both of their hearts.

“Sandringham holds so many special memories for the Queen and Prince Philip as well as the rest of the royal family,” said the source.