Leeds has become the first city in the UK to report a drop in childhood obesity after introducing a program to help parents set boundaries for their children and say no to sweets and junk food. In Leeds, a former government adviser, says they cannot be sure what has turned the tide – but it could involve a program called Henry that the city introduced as the core of its obesity strategy in 2009, focusing particularly on the youngest children and poorest families. Henry stands for (Health, Exercise, Nutrition for the Really Young) and supports parents in setting boundaries for their children and taking a firm stance on issues from healthy eating to bedtime routines.

Only a few cities in the world, notably Amsterdam, have managed to cut child obesity.

No such data has been reported elsewhere in the UK, where childhood obesity is a major concern. Almost a third (28%) of all children aged two to 15 in England are overweight or obese.

The Henry program encourages authoritative rather than authoritarian parenting, she said.

“Authoritarian parenting is when children are told what to eat and what to do, such as being banned from leaving the table until they have eaten their sprouts,”.

“Permissive parenting is asking children what they want to do”.

“But Henry encourages a third approach known as authoritative parenting, where parents make it clear they are in charge, but also respond to their children.”

Instead of telling a child to stop watching television, a parent could ask whether they would like to turn the television off or whether the parent should do it.

A mother who joined a Henry parenting course when her oldest daughter was two, is enthusiastic about her family’s experience of the program. Her children now eat sweet potato and beetroot. She learned a lot about healthy eating, saved money by planning meals and lost two stone herself.

“I think it made me a better parent because of all the parenting skills stuff. I was able to share some of the ideas with my partner and as a result the kids became calmer and happier, which helped us feel less stressed too,” she said.

Another mother said she constantly argued with her daughter, who had just started school and was overweight. “Lexi had a very limited diet and whenever I tried to get her to try anything new she would reject it, so I stuck to what I knew she would eat,” she said. The program inspired her to take Lexi to the park to chase the dog. She turned the television off at mealtimes and introduced healthy food choices.

“My confidence as a parent was increasing as the weeks went by. I became more conscious about responding to Lexi’s needs while still remaining in charge, like understanding that she would act up sometimes because she needed some attention and balancing that with what I needed to do,” she said.

“We understand that there is no magic bullet here. Parents are experts in their own lives and they know what they can and can’t achieve. The strategy of Henry is about sitting alongside parents and thinking through what’s right for them.”

The Guardian originally published this article on 1 May 2019, written by Sarah Boseley 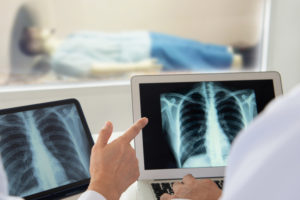 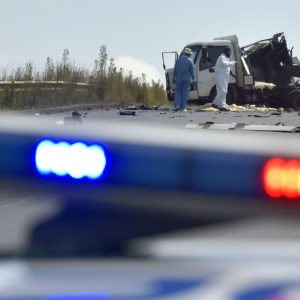