How major music events in SA have been affected by coronavirus

The Boyz2Men South African tour and the Scorpion Kings Live concert scheduled for next month have been postponed. The week was a disaster as events were canned one after the other. However, some major concerts have only been postponed.

How the major music events have been affected:

All those who bought tickets will be refunded and organisers are negotiating alternative performance dates for the artists. Student ticket refunds can be obtained from where they were purchased.

Organisers will be following developments in the next few weeks and will make a decision about the 3 May Park Acoustics on 6 April.

The government has declared a national state of disaster and banned travellers from high-risk countries as well as public gatherings of more than 100 people, so the Lighthouse Family tour is postponed.

Big Concerts is hoping to reschedule the tour and tickets will remain valid. Further information will be sent to ticket holders when it becomes available. In light of the announcement made by President Cyril Ramaphosa on the government’s strict actions in addressing the Covid-19 outbreak, Castle Lite has announced that the 2020 Castle Lite Unlocks concert scheduled for 12 June at the TicketPro Dome has been postponed.

“We share the disappointment of our fans during this time of uncertainty, however, as a brand that cares for its consumers, we cannot ignore the growing concerns for health and safety as a result of the rapid spread of Covid-19 in South Africa and around the world.

“It is important to highlight that an event of this magnitude has multiple moving parts and for this reason, the brand is deliberating and will communicate further details around a new date and tickets by the end of March,” said Castle Lite brand director Silke Bucker in a statement.

They are currently in discussions with this year’s headline act, Cardi B, and all other stakeholders. The Boyz2Men South African tour and the Scorpion Kings Live concert scheduled for next month are postponed. Event organisers Glen21 will make the necessary arrangements with both management teams and announce new concert dates once they are finalised.

Lefra has postponed the Smokie concerts at Carnival City on the East Rand, GrandWest in Cape Town and the event in Time Square, Pretoria.

Lefra Productions managing director Frans Swart said the tour is only postponed, not cancelled. Lefra is currently talking to Smokie’s management and the venues to find suitable dates later this year.

Ticket holders may transfer their tickets to the new dates. All ticket holders will be contacted via e-mail and SMS with further arrangements.

Ticket holders are requested to visit smokie.co.za for any updates. 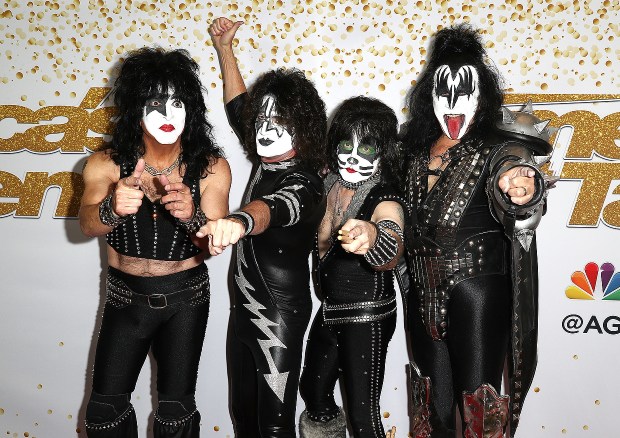 After a well-documented 45-year career that launched an era of rock ‘n’ roll legends, Kiss started their final tour in 2019. Last year saw sold-out Kiss shows – arguably their best ever – across the globe.

Despite huge fan demand for added shows, End of the Road will officially come to a close on 17 July 2021 in New York. Tickets for the SA show at TicketPro Dome are still available.