Digby and the Lullaby: partners in love, life and music (video)

When two people meet and fall in love there's a sudden rush of magic – a sense of something far greater than human comprehension. 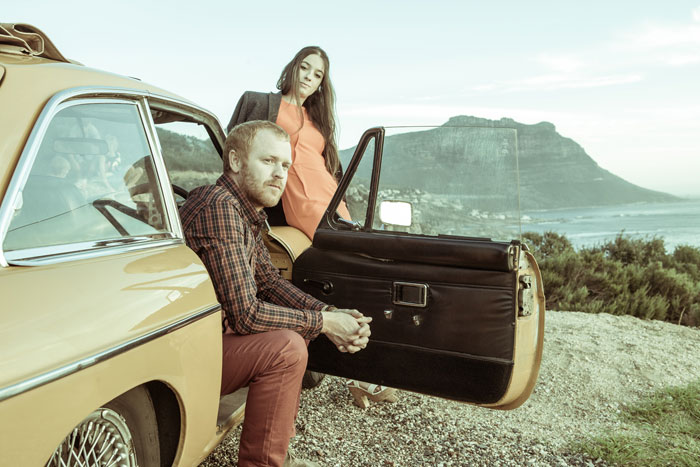 HAND IN HAND. From left, Digby and the Lullaby duo Rouchelle Hubsch and Darren Peens.

When those two very same people write music together the magic comes alive and all those inexplicable feelings materialise into something tangible, something shared.

A case in point is Cape Town’s singer-songwriter duo, Digby and the Lullaby, whose musical journey not only surprised local audiences but swept them off their feet.

Describing how they met, Rouchelle Hubsch (piano and vocals) explains: “In 2009 Darren’s recording studio joined forces with a local radio station to find local singer-songwriters in a competition called Do You Rock. I entered the competition and met Darren the night of the finals. Darren was part of the judging panel. Looking back, that was really the night that Digby and the Lullaby formed.” COME TOGETHER. Companions in love and music.

Recorded in New York City with producer Kieren Kelly, the collection bears resemblance to the works of Angus and Julia Stone, the same folksy element captured alongside its distinctly South African influences.

Why has it taken so long for the band to release their album? Hubsch explains: “As a band without a label, doing everything from your website to publicity to social media and bookings is tough, you find yourself looking for time to be a songwriter and musician.”

She continues: “This album has been our pride and joy. It’s filled with life stories and memories. As far as the musicality of the album, we worked with musicians who have played with everyone – from Kanye West to Sting – and it was a wonderful honour and learning experience that challenged us in such a beautiful way.”

Their music tells a very intimate and personal story, which comes across well on stage.

Set for success, Hubsch says: “We want to bring a message of hope through our music, but we don’t want it to stop at just words and a melody. We want to become actively involved in bringing hope to those who can’t afford to go out and watch a live show, those who struggle to feed their families.

“We just want to make more dreams come true in South Africa through our love for each other and our love for music.”