Inevitably, there comes a time in a band's career when it's time to call it quits – some sooner than others and each for different reasons: a lack of funds, a dispute between members, or the simple act of growing up. Plush have reached this stage. 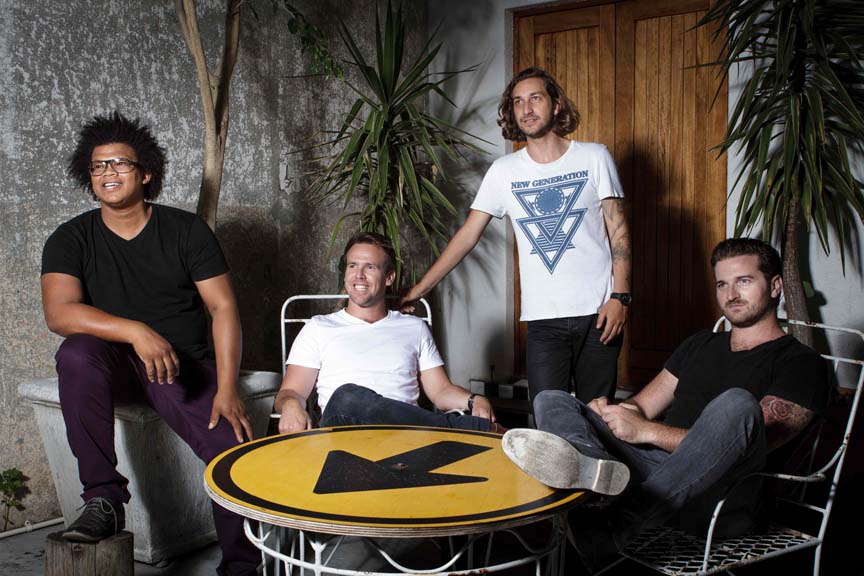 After beginning informally in 1997, the band achieved mainstream success in 2001. Touring extensively, they had become a household name and were on the up-and-up before tragedy struck. Guitarist Chas Smit was killed after a show while attempting to cross a road in Pietermaritzburg in September 2005.

Singer Rory Eliot describes this time as his darkest season – and the band took time off to grieve.

Since then the group have worked on and off, still trying to pursue their collective goal, while chasing various independent projects. Fans were always grateful for a reunion tour, but nothing ever seemed to last.

Eliot left for the UK in 2008 to complete his Masters Degree in songwriting at Bath Spa University, returning the following year and initiating another revival.

Despite all this fluidity, Plush remained a solid unit, always delivering when it came to their music and performances.

“Every member brings with him a new touch of madness,” Eliot says.

“The essence of the band has always remained the same and I think it’s because our style of song and the messages behind them have attracted the same kind of people.”

The band had built up a loyal fan base over 17 years, but the end is near. Plush recently announced their farewell tour, though fans – based on past incidents of this sort – have questioned their sincerity.

When asked if this is really the end, Eliot laughs, “Well, technically it is, as the last time was not the end at all as I left to go overseas and we weren’t sure when I would return. This is definitely the end – until the comeback tour.”

Plush are saying goodbye to their long-standing fans with The Postcard Tour.

Eliot says, “Our fans have always maintained a demand for our music and gigs. Thanks to them, it’s been an incredible ride.”