Master KG ‘did nothing on Jerusalema’, says Charmza The DJ

Charmza The DJ claims that he is the man behind 'Jerusalema', not Master KG. Charmza The DJ claims he is the man behind 'Jersualema'. Picture: Facebook

The song that made him and Nomcebo Zikode superstars, breaking streaming and YouTube records, may not be an original from the Limpopo native.

In a statement, an artist by the name of Charmza The DJ (Ntimela Chris Chauke) alleges that Master KG called him around 19 August 2019 to come to his studio in Midrand, Johannesburg, to produce a track with vocalist Nomcebo.

“Charmza travelled from Limpopo to Midrand, where he produced a beat for Nomcebo in Master KG’s studio. He recorded her vocals, arranged the vocals then went back to Limpopo. Master KG wasn’t in the studio at the time when the vocals were recorded and arranged.

“Charmza The DJ never received any payment for the production of and work done on the track. Furthermore, there was never any paperwork signed,” the document states.

Charmza says he followed up on what was happening to the song but never received a response from Master KG nor Open Mic Productions, record label where Master KG signed.

The music producer has worked with artists such as King Monada and further alleged he helped Master KG master songs for Makhadzi and Nomcebo.

Charmza says he met Nomcebo during their recording session.

He claims this session was video recorded by Master KG, who may have posted it on social media. Charmza alleges he sought answers for months from Master KG and Open Mic, asking to be credited as a producer. 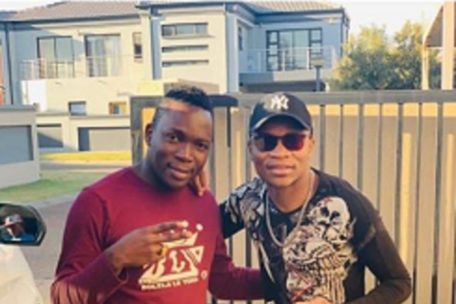 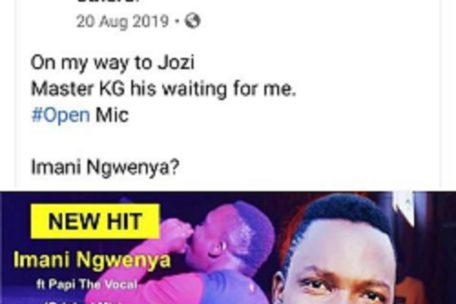 Jerusalema was released in November 2019.

Charmza says he told top management at the record label that he was the producer and that Master KG did “nothing” on Jerusalema, not the vocals nor the melody.

He claims a manager at Open Mic said “it’s too late” to sign any copyrights and Charmza should rather try work with Master KG on a song again and he agreed.

Charmza’s legal team, Adams & Adams, sent a letter of demand to Master KG, dated 18 October 2021. A variety of issues were stated, such as copyright infringements, publishing the song without his consent and issues of not crediting artists who were sampled.

Adams & Adams says their client wants to “obtain relief in the form of damages, interdict, delivery-up of infringing materials, including the masters of the infringing song as it incorporates our clients’ copyright protected composition and sound recording”.

Master KG’s legal representatives, Mphahele and Makhumbila Attorneys, responded on 5 November. They said their client was taking the allegations against him “seriously” and have undertaken an investigation.

“Your client’s claims are at best an elaborate scheme which has in its genesis lies and deceit and has no basis whatsoever. Your clients are invited to proceed with whatever legal proceedings they want to institute,” they said.

The Citizen has reached out to Charmza and Master KG’s teams for further comment and is still waiting for a response.