Between hitting the books to pass matric, Ashlinn Gray is also juggling a swift rise in the singing world thanks to major radio spots the last few months. 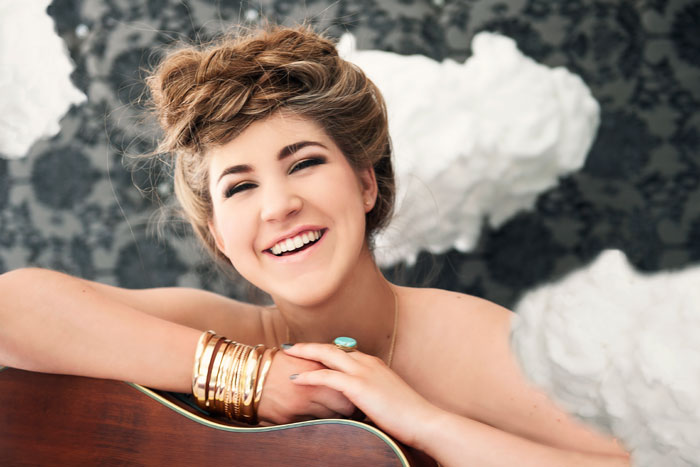 Her pop-folk sound has ensured she’s a fresh breeze in the sometimes stale sound of pop in South Africa, and her eponymous debut album can potentially shake up the local music scene.

How did this teenager create such a refreshing sound? By simply outdoing her friends.

“I search iTunes a lot and I love finding new music my friends haven’t heard of. It is also fun to see new artists and what other people bought,” she says.

The result has been an eclectic playlist featuring contemporary acts like Eco Smith, Lorde and Bon Iver – sounds she used to create her own melodies.

“It is an adventure to listen to songs, it’s almost like going to the grocery store and looking at the ingredients in something. You can take a little of this and a little of that to make something you like.”

Listening to contemporary singers paid off. Gray has been lauded for her single Battleships, and the praise seems to mean more gigs for the young singer. But a quick rise in fame does come with insecurities.

“What I like to do is envision myself as someone who already made it, because I get self-conscious and nervous.” This helps her hit the stage with confidence.

But fame and singing has been on the cards for a while. “I hoped for it, but I’m still a bit suprised, it is a bit strange.”

Gray’s joy in succeeding is also directed at her countrymen, who have taken to the blend of pop, folk and Indie she incorporates in her album. When she’s not singing, playing the piano or studying, she is also learning to play the guitar. A full plate keeps her grounded.

“It is a challenge to study and build a career, because both are demanding and one can’t receive more attention than the other.”

One of her strongest subjects happens to be business studies and she hopes to complete a business-focused or a psychology degree in the coming years. Singing will, however, remain front and centre.

She’s also an Instagramer, and finds it refreshing to be a singer and a visual person. “I’m a picture person; I love colours. I don’t post a lot of selfies but focus on personal things and celebrations,” she says.

Her visual understanding also meant she’s had a major input on the representation of her album, and believes it connects her to her work. “At the end of the day, the whole product says something about me.”