The music industry is not easy to break into. Those who speak from experience suggest it takes 10 years to become an overnight success. It takes hard work, resilience and commitment to become a musician. As with any other journey in life, every decision you make counts, moving you either one step forward or one step back on the chessboard of your experience.

Nelson Boswell once said, “The difference between greatness and mediocrity is often how an individual views a mistake.”

For South African band ISO (formerly known as Isochronous), admired both locally and internationally, the journey has fitted this formula; a series of ups and downs that included challenges even in areas as apparently simple as deciding on a name.

“It is challenging to pronounce and many of our fans had already started abbreviating it. We knew that changing it would be the best way forward. Since then we have gained many new fans and our music has received more radio play. This could be attributed to our growth as songwriters, but we feel the name change has also played a big role.” 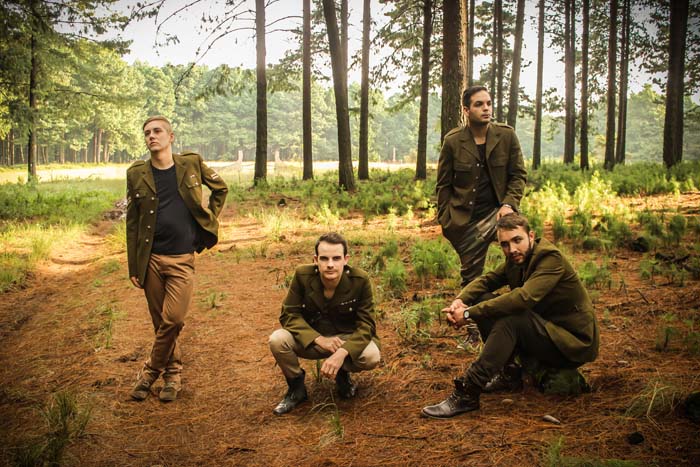 ISO are learning lessons with each new project they undertake. Picture: Jade Adami

Parker says that radio has in the past helped the band reach audiences outside their initial fan base. But as the band have grown, so have the different platforms and despite past hits (Everytime, No Fire, Heaven, Destiny), ISO have struggled to sustain support from commercial stations in South Africa.

Though the band have been together for over eight years now, with four full-length studio albums to their name (Isochronous, Imago, Inscape and Piece By Piece), they have returned to a simpler starting point this year, releasing a five-track EP titled Passages.

What’s the thinking there?

“We’re always looking for new ways to engage with our fans. We felt that perhaps now was the right time to try something more condensed. This meant we could focus on making five really good sounding songs, instead of 10 or 11 average ones.”

Passages is a reflection on the band’s career thus far, as well as the nostalgia that accompanies referrals to what they have achieved.

“The passage is a metaphor for the different avenues we’ve explored as a group. We wanted to remind ourselves of what it felt like when we started this band; the hardships endured and the success that’s come from it,” says Parker.

“It’s impossible to explain in a few sentences how much we learned when we went overseas. Every concert yielded a new lesson. We also saw how much we had to offer in South Africa. The market is very saturated overseas, but the South African scene has a lot of room for growth.”

Stride by stride, ISO plan to continue their journey, sharing what they do best and continually striving to take their music to new parts of the world.