SuperSport United midfielder Aubrey Modiba says he celebrates late Bafana Bafana call-ups the same way he would have celebrated if he was in the initial squad. 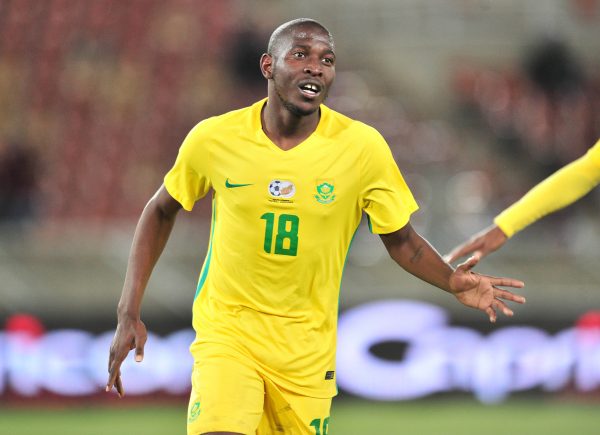 Modiba replaced injured Montpellier winger Keagan Dolly in the Bafana squad for the Afcon qualifiers against Ghana and Sudan.

The utility player is the second player to receive a late call-up after Kaizer Chiefs forward Lebogang Manyama also joined the squad on Monday night to replace the injured Themba Zwane.

Modiba says he does not sulk like other players who feel belittled when they are brought into the team to replace players.

“I am not going to focus on that, a call-up is a call-up. I am happy to be part of the set up.  It shows my efforts have been recognised by the coach,” said Modiba.

Modiba added that he had to work harder at SuperSport to get back in the Bafana set-up having missed out in the past.

“I wouldn’t say it was a setback. You can’t look down it made me work hard as a player at my team to get back here.”